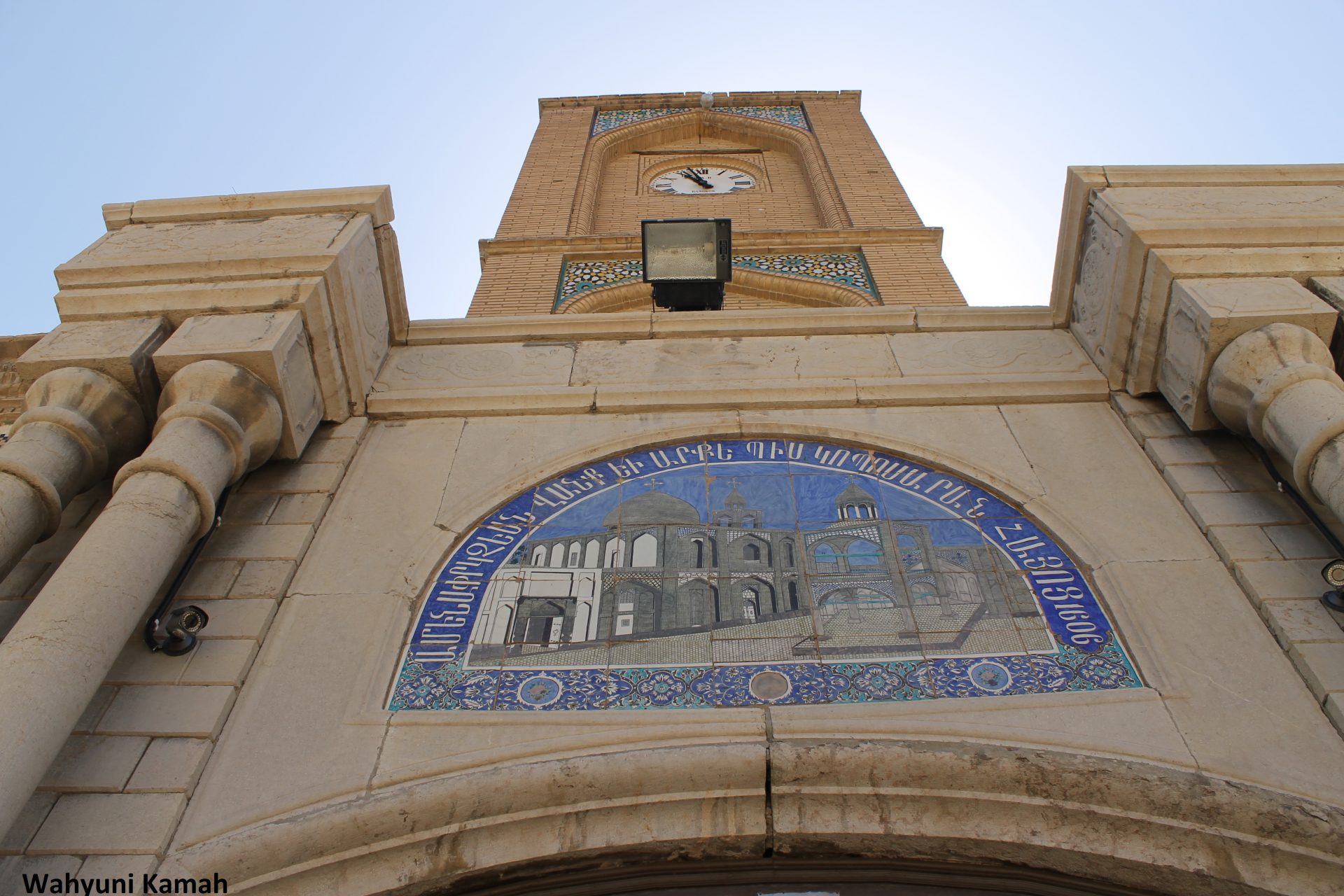 An Armenian Tale of Rebirth, Survival in Ancient Iran

Having spent a few days in Iran, a republic that implements shariah law, I began to wonder if the country had any churches. My curiosity was answered when I stayed in Isfahan, 340 kilometers south of Tehran. Although the cities that I visited in Iran are all uniquely stunning, I must say that Isfahan is the most beautiful, with splendid mosques, amazing palaces, wide boulevards, artistic bridges and minarets.

The beauty of Isfahan can be traced back to its history. When Persia was ruled by the Safavid Dynasty (1502-1736), its Emperor Shah Abbas the Great (or Shah Abbas I), reigning from 1588 to 1629, moved the capital from Qazvin to Isfahan. He transformed Isfahan into a beautiful center for the arts. During his reign, Shah Abbas I made significant changes to the military, politics as well as the empire’s economy. The Persians were then at war with the Ottoman Empire. Both struggled to capture, among others, Nakhichevan, a region that consists of what is now Azerbaijan and parts of Armenia. In 1603 the two empires agreed to split Nakhivhevan, with its north-western frontier allocated to the Persians. Fearing that his enemy will once again attempt to seize the region, Shah Abbas implemented the “scorched earth” strategy of destroying any resources — buildings, farms, crops — that may be of use to invading forces.

Though he was a Shiite Muslim, the emperor allowed the newcomers to continue practicing their Apostolic Christian faith, elect their own mayor and hold their own courts

The policy forced residents (Armenians) to move from their home city of Jolfa and resettle in Isfahan, where a district located on the south of the Zayandeh River was renamed New Jolfa (Nor Jugha) to accommodate them. Though he was a Shiite Muslim, the emperor allowed the newcomers to continue practicing their Apostolic Christian faith. The Armenians were also given the right to elect their own mayor and hold their own courts. They were encouraged to produce wine and no Islamic restrictions were imposed on them. However, Muslims could not live in New Jolfa. When the Armenians first came to the district, their duty was to construct churches and monastery for their priests.

Out of the 24 churches built during that era, only 13 now remain standing, including the Surp Amenaprgitch Vank (Armenian Cathedral of Holy Savior). To encourage financial independence, Shah Abbas I granted Armenian merchants a monopoly on the silk trade. They also received interest-free loans for establishing businesses. This allowed them to expand their network and trade with other countries, from Sweden in the north, to Indonesia in the east. The district not only prospered, but it also transformed the Persian Gulf into a critical center for trade and culture. The quality of its schools attracted students from across the region.

The southern Isfahan district of New Jolfa (Nor Jugha) in Iran was once a Persian center for trade and commerce, thanks to Emperor Shah Abbas the Great and the support he lent to the Armenians who had settled the area.

My friend Shirin took me to New Jolfa. As soon as I entered the district, I sensed a different atmosphere, not only from its buildings but also the layout of the district. It is a neat complex and is different from the other parts of Isfahan I had seen. It looks like an enclosed settlement with smooth, cobblestoned roads connecting parts of the quarter. The roads are clean and the area looks well-maintained. The buildings are mostly made of light yellow bricks. With the exception of the Jolfa Hotel and the district’s churches, all other buildings are only two floors high.

“Unfortunately, today is a holiday and the church is closed to the public,” Shirin told me. Along the wall, a number of small shops were open, selling souvenirs to visitors who did not want to leave without a keepsake. Signs and labels were all written in Farsi. On a small pond, I saw a bronze statue of archbishop Khachatour Kesaratsi in his long cloak. The archbishop set up the Middle East’s first publishing house in 1636.
The first book ever to be printed in Persia was a translation of the Book of Psalms into Armenian. The first book printed in Farsi was published 192 years later. The Surp Amenaprgitch Vank, popularly known as the Vank Cathedral (bank means “monastery” in Armenian), is considered Iran’s most historically significant church. Originally built in 1606 during Shah Abbas I’s reign, its entire architecture reflects a striking mix of European, Safavid and Armenian influences. The cathedral is now on the entry list for a United Nations Educational, Scientific and Cultural Organization (Unesco) World Heritage Site status. Shirin and I continued to stroll down the paved walkway. We passed some small cafes boasting modern decor and playing Western music. For a moment, I felt as if I was somewhere else — certainly not in Iran.

We reached Jolfa Square, an elegant shopping district surrounded by a lovely colonnade. With a small fountain and chairs scattered across the square, the place looked ancient yet stylish. I then spotted several women wearing Islamic hijabs. “They are Armenians,” Shirin told me, explaining that though they are still free to practice their religion, the women must now adhere to Iran’s Islamic dress code of wearing headscarves. Some 120,000 Armenians currently call Iran their home; a quarter of them live in Isfahan.