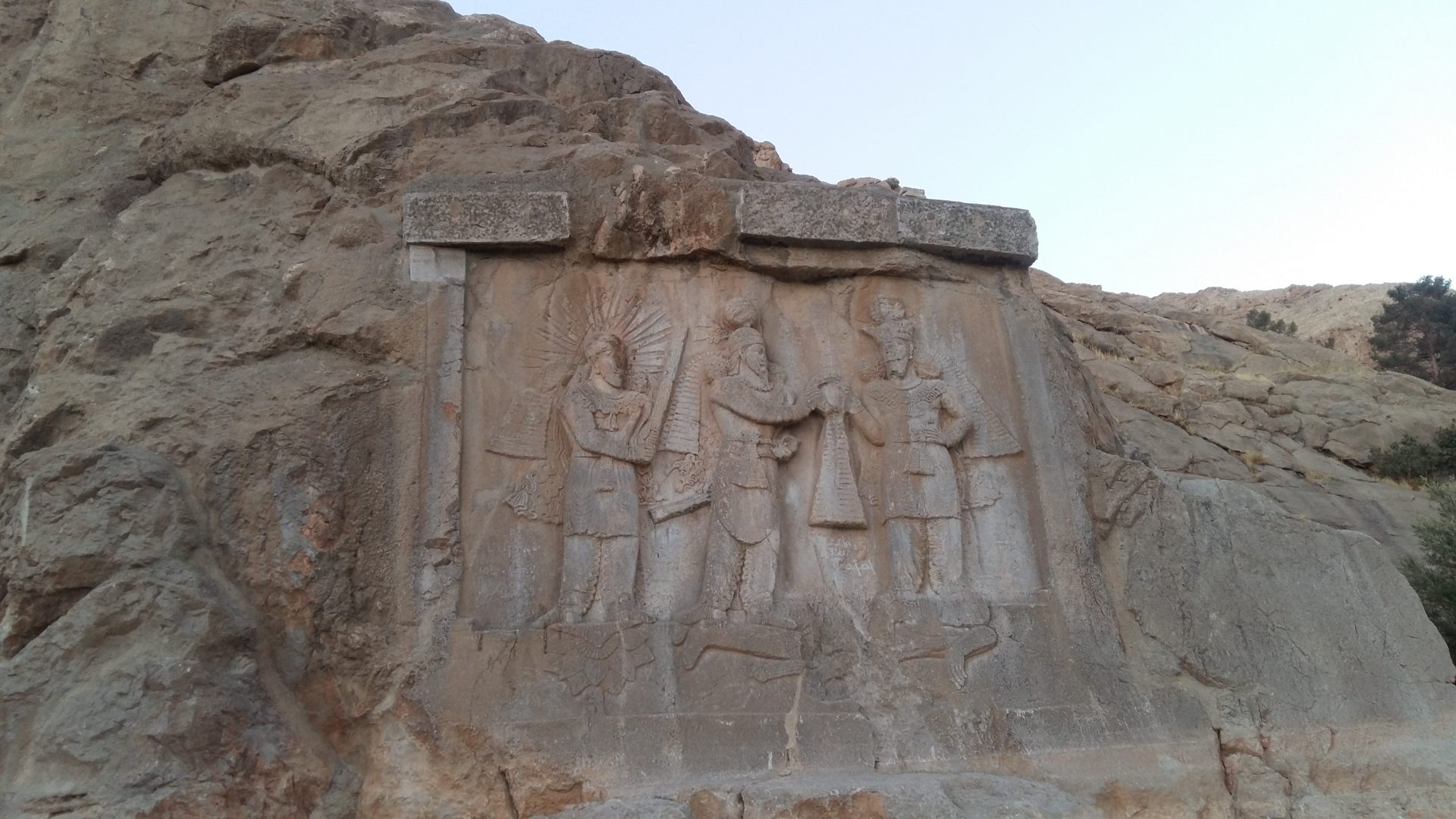 Taghbostan, Tagh Vasan (in Kurdish language) means the arch of the garden or arch made by stone. Tagh means arch, Bostan means garden & Vasan means stone. Taghbostan with historical and cultural value is located on the slopes of a mountain called Taghbostan in the near area of Kermanshah city. There are differences of opinion among researchers about the function of this site. Some archaeologists believe that this site was originally a sacred place during the Sassanid era, which is attributed to Anahita due to the spring of water near Taghbostan. But others believe that this building is an unfinished palace for Khosrow Parviz, although many places are known as Khosrow Parviz unfinished palaces in Kermanshah.

Below the investiture of Khosrow Parviz relief, a man is on horseback. According to archaeologists, this person is Khosrow Parviz, who is sitting on his horse named Shabdiz and shows the power of the king.

Inside the arch, on the sidewall on the right and left, there is a scene of a hog hunting, which is beautiful & masterpieces in detail. These images show elephants, boars, hogs, soldiers, the king’s companions, and even a group of female musicians playing the harp and other musical instruments.

In the upper part of the wall on the left side, there is a bas relief from the Qajar dynasty that has been carved with an inscription in Nastaliq script. The picture shows the power of the king. In this relief, Mohammad Ali Mirza Dolatshah is sitting on a throne, with a fat face, a long beard. He is wearing a red pleated shirt. The belt is fastened to the waist. Swords and daggers hang on his back.

To his left, Imam Qoli Mirza, known as Emad al-Dawla, one of the rulers of Kermanshah in the Qajar period is standing, He has a short black bear, unfortunately, has lost its color. He has a dagger tied around his waist and a sword hanging on his left side. On the right, his other son, Mohammad Hossein Mirza Engraved. Unfortunately, the details of his face are gone. His crown is a long green dress.

The first person on the left is another of Mohammad Ali Mirza’s servants, Agha Ghani. Is. Her crown is cone-shaped, her dress is long and red. On the left side of this relief is an inscription in Nastaliq script. In the section on injuries, we critique this section. At the entrance to the arch, there is a relief of Nike (goddess of victory) is a Greco-Roman symbol, not a Persian one and the tree of life.

On the right side of the small arch, there is a relief that is the first relief of Taghbostan arch and shows the crowning ceremony of Ardashir II In this scene, the Sassanid king is standing in the center of the scene, placing his left hand on the sword and receiving the ring of power from Ahura Mazda or Shapur II with his right hand, while Zarathustra or Mitra, with An aura of light, is on his left, behind him become interim king while Shahpur’s son (Shahpur III) reaching adulthood. Beneath Ardeshir II is Julian, the Roman emperor who was captured in battle. The Sassanid king has large eyes and prominent eyebrows. His beard is curly and his hair is hanging over his shoulders. He has earrings on his ears and a necklace around his neck and a bracelet on his wrist. His earrings are in the shape of a circular ring with a small ball hanging on it. His necklace also includes a row of large pearl beads.

The Tree of Rahmat

The Tree of Rahmat (Mercy) is a 700-year-old sycamore tree located next to the Taghbostan area. In addition to its natural value, it has cultural and historical value for the people of Kermanshah.

Injury to the area

One of the human damages to this relief is related to the Qajar period of the nineteenth century, which was carved by the Qajar king on the left side of the large arch. The picture is very inappropriate and worthless. As Nasser al-Din Shah, one of the kings of Iran mentions in his travelogue, this is an inappropriate act And has reduced the value of the arch.

Other damages are Masoudiyeh mansion, which was built in the middle of the Qajar period by the ruler of Kermanshah, Imam Qoli Mirza Emad al-Dawlah, and was built there for about 20 years, but to preserve this site and liberate the Anahita spring was destroyed. Other damages to the Taghbostan is natural damage, including landslides and cracks in large and small arches, which have caused water to seep into the cracks. Till about 20 years ago, visitors could come close to the arch, but during recent activities, this way has been closed for visitors and they don’t have any access to relief and just can see the relief in a certain distance.

In November 2019, a new relief was discovered in this area. The relief shows an image of a man who has opened his arms toward the sky and holding an object. There are a few letters next to this relief, which archaeologists say are similar to Latin letters and are illegible. Research has shown that the inscription is not very old and is about 200 years old.

Where to stay near Taghbostan

Taghbostan is located so close to 4-star Jamshid hotel so that you can see Taghbostan in the room of the Hotel and Parsian hotel & Azadegan Hotel are near to Taghbostan too. And the only Kermanshah’s hostel, the Oak hostel, is located in the historical context of Kermanshah.

Where to eat near the Taghbostan

Near Taghbostan, you will pass many restaurants, cafeterias, teahouses, barbecues, and ice cream shops. So you have plenty to choose but the best barbecues are Rezaei barbecues & Heidari barbecues for local dishes, Dande Kabab & Khoreshte Khalal.

The best time to visit Taghbostan is spring. Due to its beautiful site, garden and pool in April and May And the best time to visit in a day is in the evening due to pleasant weather, suitable sunlight for taking a photograph with local costoms that you can rent in this site for Men, Women, and children.

Other tourist attraction next to Taghbostan

Other attractive tourist attractions near Taghbostan include Taghbostan’s Boulevard that is a very pleasant famous street that you can have a memorable walking on it, Hunting ground of Khosrow Parviz, Tekie Moaven-Ol-Molk, Tekie Biglar Beigi that are located in the Kermanshah traditional context and Emad Al-Dawlah Mosque, Shafei Mosque, Haj Shahbaz Khan Bath, all of which are located in the Kermanshah Traditional Bazar, which includes numerous caravanserais and beautiful shops & stores.

Taghbostan is located on the slopes of a mountain called Taghbostan in the near area of Kermanshah city. How to get to Taghbostan To reach Taghbostan, you can use public transportation such as taxis or personal cars. This site is near Jamshid Hotel. 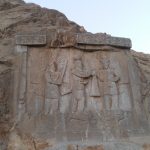