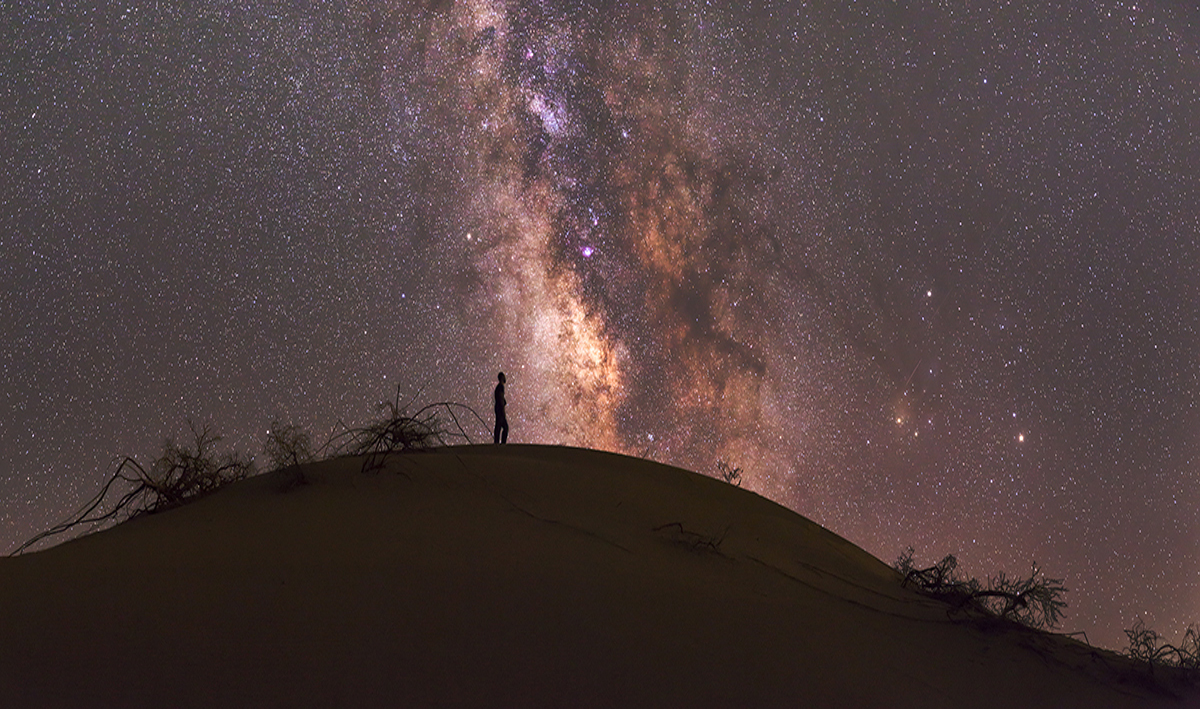 The captivating natural attractions of Yazd such as springs, desert trees, and numerous and mysterious caves, have made this province one of the most popular tourist hubs in Iran.

As you may already know, Yazd in Iran has a high reputation in terms of historical attractions. And even has reached the world record, however, we should not ignore its natural wonders. Yazd is like an Emerald on the golden ring of the wilderness. Therefore, this city is known as the “bride of the desert.”

Like a green, spectacular, and attractive piece in the heart of  Iran. So, despite all the hardships, lack of water, and suffering of the desert land, still remains charming and lively. And has spread its handsome nature in the desert bed.

Here we take a look at several well-known tourist attractions in the desert land of Yazd that have attracted attention.

Shirkuh (means lion mountain), with a height of 4075 meters above the sea level, has the highest peak in Yazd province. And as a part of the Zagros mountains, has become a very essential natural landmark in the area.

This mountain is like a white sleeping lion on its hand, huge and glorious. Probably that is why they start to call it lion mountain.

To see this magnificent mountain, people go to the summer village of Deh Bala. At the end of Deh Bala village, the starting point of the ascent to the peak of Shirkuh Yazd begins. Also, on the way up, 3 springs with clear cold water await you.

Shirkuh in Yazd has a granite foundation that geologists have not yet agreed on its age.

Besides, Shirkuh is the supplier of water for Taft and Mehriz Qanats, other villages around it, and part of the groundwater of Yazd city as well. Even rainings in the surrounding cities are due to the role of Shirkuh in creating a barrier for air masses.

Rig-e Zarrin (means golden sand), a unique desert land with magnificent dunes. And it is one of the most attractive natural attractions of Iran, located in Yazd province.

In fact, Rig-e Zarrin has unique nights that are covered by the stars of the milky way. So, in the hills of golden sand, safari lovers roam.

After all, in the heart of the seemingly simple and calm desert, unique and rare wildlife shows itself. Consequently, in this wildlife sanctuary, you can see unique creatures including rams, ewes, ostriches, hummingbirds, partridges, and sand cats.

Besides, Rig-e Zarrin desert camp in Ardakan has several services including a restaurant, live music, cinema hall, and organic farm and accommodation in the form of suites and Kapar (dwelling). Among activities like stargazing, riding a camel, equestrian track and horse breeding, motor riding, specialized flight site, and Safari.

Bararig hills (in Sadegh Abad desert), an attractive and spectacular Sahara is located 15 km south of Bafgh county in the north of Sadegh Abad village. So, its Rigzar (means the land of dunes) has a rhombus-like shape and extends from north to south. And in the center of it, star-shaped dunes are visible.

Also, Bararig is one of the best places in the desert to travel in the fall. And as one of the impressive and pristine natural attractions of Yazd, this place has found many fans among tourists and travelers recently. Thus you’ll find it special with silent and magical nights. Desert climbing and astronomy sites will also be located there soon.

Among thousands of attractive villages in Taft city with an ancient and natural sense is the village of Deh Bala (means upper village). A lush village 50 km away from Yazd, near Shirkuh mountain. A legendary mountain where is the permanent home for snow.

So, this area has a pleasant climate, especially in autumn. Therefore, Deh Bala is attractive in summer and spring and cozy in autumn and winter. Meanwhile, autumn arrives late, so still retains its summer beauty.

Besides, old relics of different historical periods such as Hussainiya, Zeinabieh, the main mosque of the village, and Ghadmagah Baghistan are evidence of a long history here.

Deh Bala village is the first choice of locals to spend their weekends. Because it has a temperate mountainous climate and is very pleasant in spring and summer. Although its winters are cold and long, it is an indescribable pleasure to sit under the delicate and crystalline snowflakes and drink hot tea next to the dancing flames of fire.

With perfect lush nature, Tezerjan is a summer village with delightful weather in the heart of Shirkuh mountain and Taft city. In addition to having ancient and historical sights, it also has special eco-tourism attractions. Thus, a lot of tourists visit this place every year. Especially in spring and summer, when it becomes much more spectacular and people take refuge from the heat.

Drinking water of the villagers is supplied from local Qanats, springs, and rivers. The main product of this village is grain. Plus, the occupation of its people is agriculture, textile, and Karbas Bafi (canvas weaving).

Tezerjan is located in the neighborhood of other summer villages such as Hanza, Benadak Sadat, and Deh Bala. Indeed, visitors can have a chance to explore these other places as well.

The Exceptional Views of Qatram Village

One of the natural attractions of the graceful village of Qatram in Yazd is the form of houses in the heart of the mountain. In that regard, houses with a simple rural structure are located in a valley in the foothill of the mountains.

This beautiful village has narrow, winding alleys with a tree-lined roof. The distinctive feature of this village is its climatic characteristics. This pleasant village is located in a valley between high mountains. Therefore, this four-season village has special trees from the tropics, including the palm tree. On the other hand, there are almond, apricot, and walnut trees that are specific to cold regions.

The Qatram village also has colorful and magnificent autumns that delight tourists.

Nodoushan’s Nabati (means growing) cave is a very attractive natural phenomenon in Yazd. And one of the active caves in Iran, located near the ancient village of Nodoshan. This cave with its white and growing crystals is known as the bride of caves in Yazd province.

Nabati cave stands at the mouth of 1.5 by 1.5 meters of the mountain, in a form of a hole in the heart of the earth at a depth of 4 meters.

This cave includes the hall space, a clear water spring, stalagmites, and numerous vestibules. To better guide the visitors, they have installed a series of threads in the cave. However, this cave is very big and fantastic, but not very hard to explore.

According to experts, the signs of activities, the presence of moisture and calcareous material, dripping droplets, and the reconstruction of broken crystals show this cave is still active and growing. Many tourists go to visit the cave every year.

One of the mysterious natural attractions that have been recently discovered and explored in Yazd is the Pashom cave. This newly discovered cave has attracted the attention of many researchers and is considered one of the scariest caves in Iran.

Pashom cave, also called Dosar (means 2 heads) cave has the largest underground hall in Iran; Also, it has the fourth largest cave hall in the world after caves of Malaysia, China, and Spain. The Pashomcave near Mehriz city is located between two mountains. Plus, two large rocks are located at the top of the cave.

Needless to say, the amazing cave is not yet well known and with more research can become an excellent tourism hub in the region.