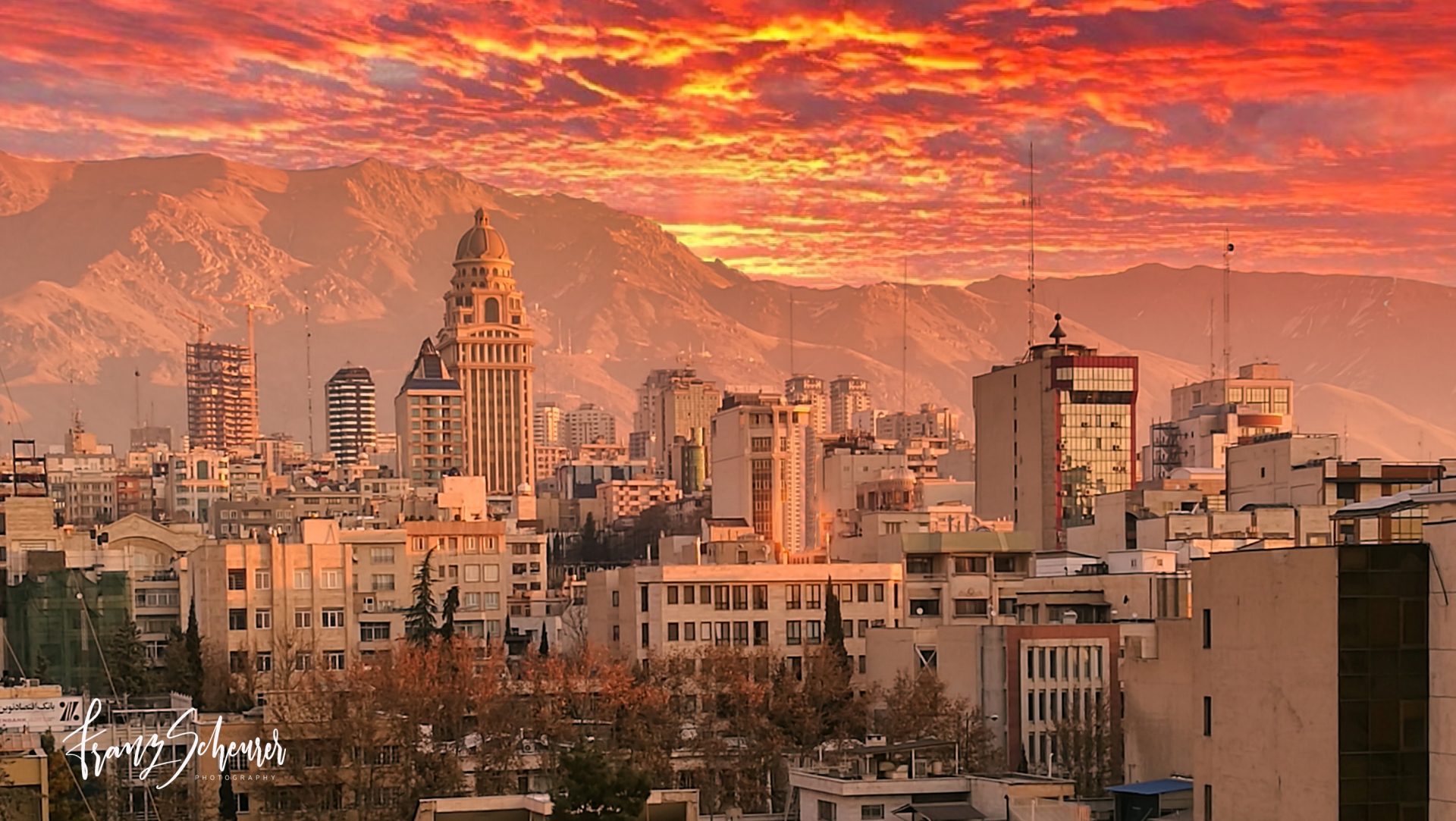 Iran – A different point of veiw

The first time I went to Iran was to photograph the saffron and barberry harvests and I loved the place so much I went back, and back and back… and I will be going back, again.

Iran, portrayed as the baddie by western propaganda is nothing like it’s painted by malice and jealousy. What the west can’t control automatically becomes the culprit.

I often get the question: “Is it safe there?” and that makes me hopping mad! Iran is the only country in the Middle East that has no need for guns; it knows its own strength and it’s as peaceful as you can imagine. I’d rather walk the dark streets of Tehran than wander down Sydney’s CBD late at night. A BBC survey in 2017 put Iran, together with Switzerland and Sweden on top of the safe country list.

WATCH NOW: What did travelers think before their trip to Iran?

Iran is an amazing place and it should be on the bucket list of every Australian. (Sorry US citizen or people from the UK, you are not welcome – you reap what you sow!).

Read more: Iran Visa for US, UK, and Canadian citizens

The local language is Farsi and although they use the Arabic script it’s a totally different language.

Iran had the most wonderful scenery and it’s incredibly diverse. It literally has all the different climate zones. Hot and humid in the south, typical dry desert climate towards the Afghan border, moderate further north, snow-capped mountains, and ski resorts near Tehran towards Mount Damavand (the highest volcano in Asia) and maritime climates in the north. Iran has sea access both in the north and the south and they are completely self-sufficient and of course, they have oil.

They grow anything from potatoes, wheat, corn to tropical fruit, and lots of different vegetables. They have wonderful fresh seafood and superb lamb, goat, and cows for meat and dairy.

Let’s not forget saffron and barberries. It’s a land of plenty, despite isolation from the West and it is truly the land of saffron, barberries, and pomegranates. Iran satisfies 96% of the world’s saffron consumption each year. Due to political reasons, Spain is deemed to produce most of the saffron, but in reality, much of Spain’s saffron is repackaged Iranian saffron and sold as a Spanish product. Last year’s Iranian saffron exports were in excess of 200 tons and considering that saffron is the world’s most expensive substance by weight, this is an astounding amount of this precious spice. (As a comparison, Greece was 2nd with a total production of less than 7 tons!)

Saffron comes from a delicate, small flower, the saffron crocus (Crocus Sativa) and it’s derived from the flowers’ dried stigma. There are generally three stigmas per flower and the backbreaking labour explains the high cost. Saffron crocus are grown in rows in Iran’s arid countryside, without irrigation and the harvest is in October or November, depending on the seasonal weather. The flowers are handpicked at sunrise and transported to a sorting facility where they remove the stamens and discard the flowers. The stamens have a small, yellow stem with the saffron pod on top. The yellow part is then cut off and the stamens are dried. This is a slow, manual process and most of the saffron is then packaged and sold that way and only a small part is further processed into a powder or used in ready-to-market products. There is a lot of inferior saffron on the global market that is either mixed with parts of the yellow stems or worse, not saffron at all but coloured stamens of other than crocus sativa.

Iran is also the world’s largest producer of barberries, a tart and succulent bright red and slightly elongated berry that grows in clusters on bushes that are about man-height and again, grow in the arid, hot regions of Iran. Their harvest time coincides with the saffron. Fresh barberries are picked by hand and dried on large racks. 4 kilos of fresh barberries produce approximately 1 kilo of dried barberries. The dried barberries are sorted and packaged and best re-constituted in weak black tea. Barberries are quite tart and add a wonderful tang to rice dishes, roasts, and cocktails.

The people of Iran are genuine, friendly, and incredibly hospitable. You don’t know what hospitality means until you’ve been to Iran. They would rather borrow money from a neighbor or friend than let a visitor down. They welcome you with open arms and are happy to show you their world. The same openness you even find in the most sacred of mosques and shrines, where you are welcome as an outsider not shunned as a non-believer.

Scenically it is a paradise both for the photographer and the traveller. Incredibly diverse, imposing, vast, seemingly impenetrable in certain places (until a local shows you the way) and this diversity goes together with some of the best food I have ever eaten, anywhere in the world. I love the fact that the sturgeon meat (the fish the caviar is from) is eaten; mostly just skewered as a kebab and lightly barbecued over coal, instead of going into pet food. The best bread is made in Iran and there are dozens of different breads and each one’s a winner. There are special shops and restaurants for each speciality, e.g. offal, kebabs, etc. etc. You haven’t lived if you have not eaten Dizi (a lamb stew cooked overnight in a special vessel) or Fesenjoon (a duck dish with a pomegranate and walnut sauce) and you must finish with Majoun, a local thick-shake with fruit and ice cream and the people who make it leave the trendy bartenders in the dust with their skill and showmanship.

Read more: TOP 10 dishes you MUST try in Iran

Iran is also rich in architecture and you’ll find incredible palaces and mosques all over the country. The ruins of Takht e Jamshid go back to the Kurosh Kingdom, 515 BC, and the Pasargad (Tomb of Cyrus the Great) is from the 6th Century BC and is perfectly preserved. I must single out the ‘rainbow mosque’ Nasir ol Molk in Shiraz as one of the most beautiful buildings in the world. The Tabiat Bridge in Tehran, although contemporary, is an architectural marvel and the Grand Bazaar in Tabriz is listed as a World Heritage site.  Then there is an underground 2,000-year-old cellar the size of four football fields, also in Tabriz, keeping a constant cool temperature throughout the year. Who said there were no foodies a few millennia ago?

Iran also produces the most exquisite carpets in the world.

Am I biased? Maybe a little but I have been there and if you have not, then you should. I