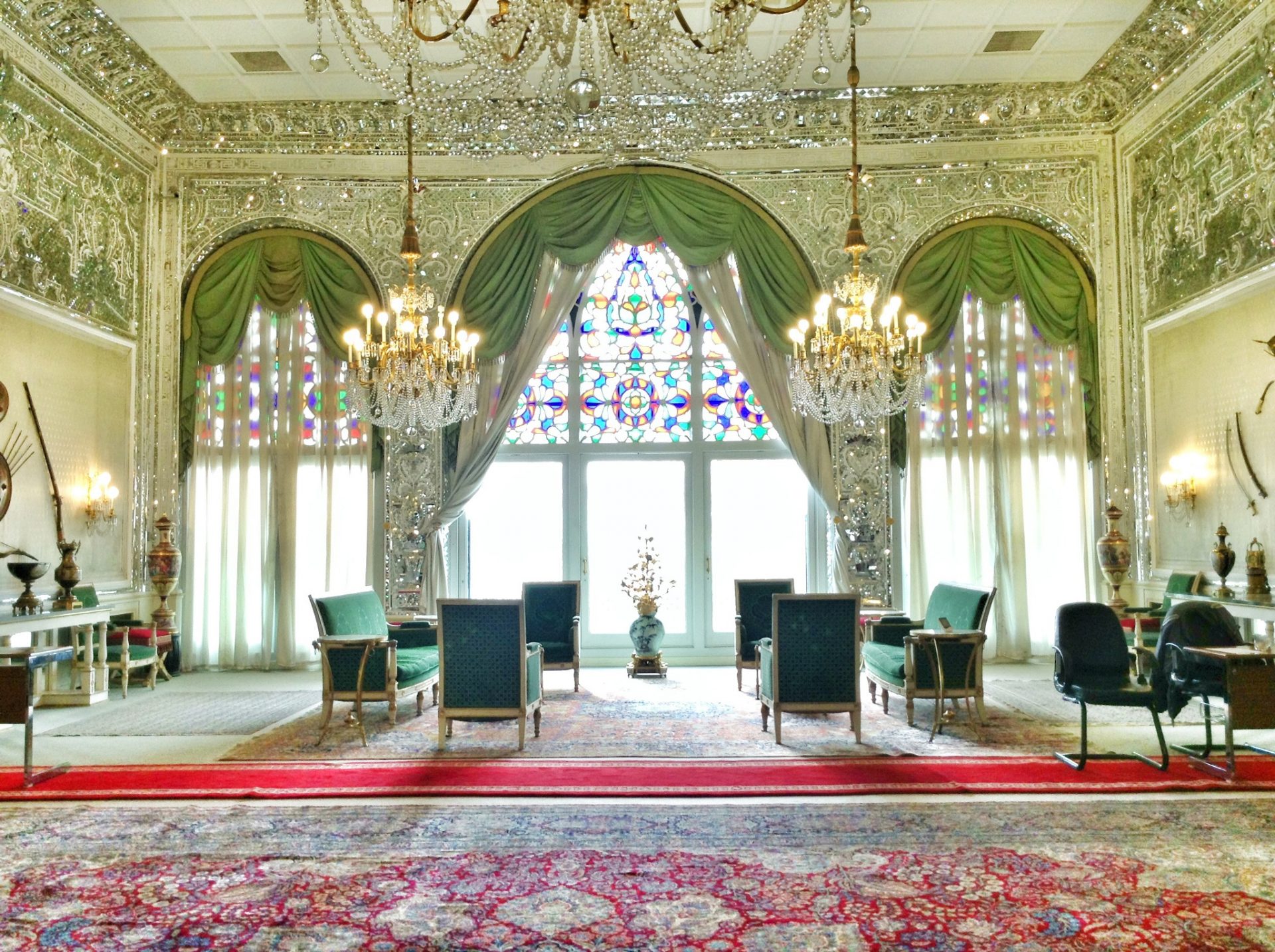 THE 10 BEST Historic Sites and Landmarks in Tehran, Iran

Landmarks in Tehran can be considered the subjects of a long and exciting journey in time for history lovers waiting to discover unknown at every stop.

Tehran, the Capital of Iran, an enormous and seemingly modern city with tall skyscrapers and new buildings, in fact, is very old and has a book of historical secrets in its heart.

Tehran is a piece of history, a piece that, like a ship at sea, has gone through many events, sometimes with violent waves, and sometimes with calm motion. The sign of that long history, apart from people, are some buildings and streets, still standing and keep us in touch with the past.

Tehran’s Historic Sites have a lot to say and are unique attractions for history lovers.

Here we introduce 10 prominent historic sites and landmarks in Tehran.

Glassware and Ceramic Museum of Iran

One of the most popular museums in Tehran is “the glassware and ceramic museum, which is known by many with its short name, called the “Abgineh” museum; a place to display valuable glass and pottery that have been discovered from ancient times.

This museum is set up in an impressive and historic building belonging to the early Pahlavi dynasty with a garden with an area of ​​7000 square meters on Si-e Tir Street in Tehran.

An excellent octagonal house built by order of Ahmad Ghavam, a politician and prime minister of the late Qajar and Pahlavi eras, and he made many important decisions in this house.

Today, glassware and ceramic museum of Iran operates under the auspices of the cultural heritage, handicrafts, and tourism organization.

In this museum, you will see valuable artifacts that have been discovered from the “Chogha Zanbil” temple and their history dates back to two thousand years BC.

The “Abgineh” museum, is one of high-ranking landmarks in Tehran and among top ten museums in Iran and is visited by about 2 million tourists every year.

Read more: Things to Do in Isfahan for History Buffs

At the end of Si-e Tir Street, we reach the portal of Bagh-e Meli (meaning national garden), built between 1301 and 1304 AH by order of Reza Shah, is located on the north side of Imam Khomeini street (former Sepah), on the east side of the ministry of foreign affairs and the west side of the post and communications museum. Portal of Bagh-e Meli is one of the most significant historical monuments and important landmarks in Tehran.

Before the construction of the Azadi Tower, this landmark in Tehran was known as a symbol of the city. But when Azadi (freedom) Square was built, the portal of Bagh-e Meli gradually attracted less attention.

This portal was the entrance gate to Mashkh square formally called, parade Square which was one of the military areas of Tehran. After converting the grounds of parade Square into a public garden or the City park, the name of the square was changed from the parade to the national garden, and inside its premises, buildings such as the Ministry of foreign affairs, and important museums were built.

In the vicinity of Tehran bazaar, there are several historical buildings, but a little further you reach Golestan palace, which is one of the most incredible historical landmarks in Tehran and has granted the title of UNESCO World Heritage site in 2013.

Many kings in Iran, including Ahmad Shah, Mozaffaruddin Shah both from the Qajar dynasty, plus Reza Shah, and Mohammad Reza Pahlavi, were crowned in this palace, and the opening of the Constituent Assembly took place here as well.

The main building of Golestan place was indeed built during the reign of Shah Tahmasb Safavid (dynasty era), but most of the palaces and mansions inside it belong to the Qajar period.

A gorgeous example of these palaces is the Shams Ol-Emareh mansion, which has a clock presented to Nasser al-Din Shah by Queen Victoria.

Every year, in the first three days of Nowruz, more than 12,000 people visit Golestan palace.

Hasan Abad Square (Hassanabad area) is best known for its dome-shaped and symmetrical buildings, which gives a different feature to this area.

The yarn shops in this Square are busier than ever in autumn and winter, and many important streets in Tehran lead to this Square.

Hassan Abad Square was built during the Qajar period and in 1309 AH. Before the construction of this Square, there was a large garden in this area, which was owned by Mirza Yousef Ashtiani and he named the Square after his son Hassan.

After the expansion of Tehran, eight-domed buildings replaced the large garden. For several years, the domed buildings have been rebuilt, the surrounding streets have been paved, and life has been restored in  Hassanabad.

Ferdows Garden, one of the registered national establishments in Tehran, is a glorious historical house located in the Shemirān (also known as the Shemiranat) section of Tehran, in an old neighborhood of the area with ​​the same name.

This landmark in Tehran has survived from the Qajar dynasty until today and has been used as a cinema museum since 2002. The garden area is 20,000 square meters and its mansion is built on three floors and a basement with a base of 1,000 square meters. The slope of the land is from northwest to southeast and the slope is so steep that the first floor of the building is level with the southern part of the garden and the roof is level with the northern part of the garden. Ferdows garden mansion is full of stunning plasterworks specially designs covered round and thick columns.

Ferdows garden which nowadays is better known for its cafes and cinema museum was built by order of Mohammad Shah Qajar in 1264 AH as a palace near Tajrish; But with his illness and death, the palace remained undone and he died in the same half-finished palace named Mohammadieh.

Simultaneously with the construction of the Muhammadiyah palace, the courtiers close to him also built a garden and a mansion in the vicinity, which later altogether became known as the garden of Ferdows. Ferdows garden is one of the most proper places for taking a walk in Tehran and can be visited at any time of the day or night.

Niavaran palace complex, where live music is performed in its lush garden area these days and a crowded and popular cafe is built in there, is a relic of the Pahlavi dynasty.

The construction of this palace began by the order of Mohammad Reza Pahlavi in 1337 AH and was completed in 1346 with a break in its construction process.

Saadabad historical complex is one of the most fascinating landmarks in Tehran with historic attractions and natural beauties.

Saadabad palace located in Zafaraniyeh neighborhood,  an area full of tall trees and lovely weather, has seen at least four historical periods of  Persian history up close, as in the Qajar dynasty, the first and the second Pahlavi era and the contemporary time.

Saadabad historical complex was built during the Qajar dynasty and was the summer residence of the kings of that time, considering the neighborhood is utmost fragrant and lush with a pleasant atmosphere.

After the 1953 coup d’état, several buildings and mansions were built in this complex, which was more than 18 palaces, and each of those buildings was the residence of a Pahlavi family, which are now being used for officials governmental meetings.

The Green palace in Saadabad historical complex, used to be owned by Reza Shah himself, is the most magnificent in the complex.

Treasury of national jewels (museum) is located in the treasury of the central bank of Iran and it is also a museum. This treasury-museum is stands in the building of the central bank of Iran on Ferdowsi street in Tehran and many royal jewels from different eras, the Safavid, Afshar, Qajar, and Pahlavi periods are exhibited in this museum. Among them, we can mention “Daria-i-Noor” diamond,  Empress crown, Kiani crown, Sun throne, and Naderi throne.

Iran’s national jewelry collection, is a highly regarded landmark in Tehran in terms of artistic value, history, and uniqueness is in a situation that even the best experts and evaluators in the world have not been able to calculate its true or approximate value and these treasures constitute 75% of the country’s banknote support.

Moghaddam museum is one of the historical houses left from the Qajar period, which is of great value in terms of history, architecture, and the antiquities that are kept there.

This old mansion is actually a luxurious house of the Qajar period belonging to one of the courtiers of that time named Mohammad Taghi Khan Ehtesab-ol-Molk.

One of his sons was a university professor who was fascinated with art and history and inspired by traditional-historical spaces installed many valuable works of art such as tiles, carved stone pieces, etc in this old mansion. Collections of cloth, Chibouk and hookah, pottery, glass, paintings, coins, seals and historical documents, etc are other valuable objects that he kept in his father’s house.

Museum of time is in fact one of the historical houses with the most amazing plaster decorations, which has become a valuable treasure of historical antiquities.

Museum of time (Hossein Khodadad house) is a Pahlavi building with a Qajar foundation and according to the available documents, the current garden of the museum was purchased by Khodadad in 1346 HA, and since this person was interested in art, he decided to turn the mansion into a work of art entirely.

He built a landmark made of clay and mud in Tehran, which was changed 10 years later, and its wooden frame was turned into iron, and changes were made inside. This unbelievable house and museum were nationally registered in 2003. In this museum, precious items with the theme of time and watch are kept including watches of Iranian celebrities such as “Professor Mahmoud Hesabi”, or historical and old watches such as “Nasser al-Din Shah” sundial, luxury and decorative watches, as well as documents related to the subject of time.

Apart from the precious treasures in the museum, the architecture and distinctive plastering of this museum also attract the attention of every tourist. 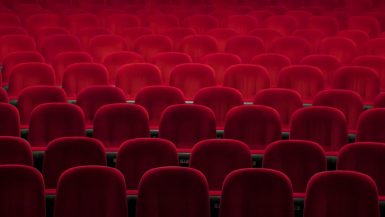 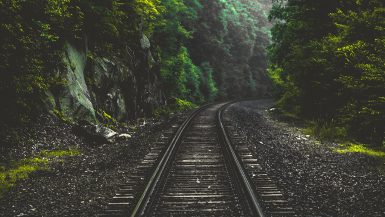