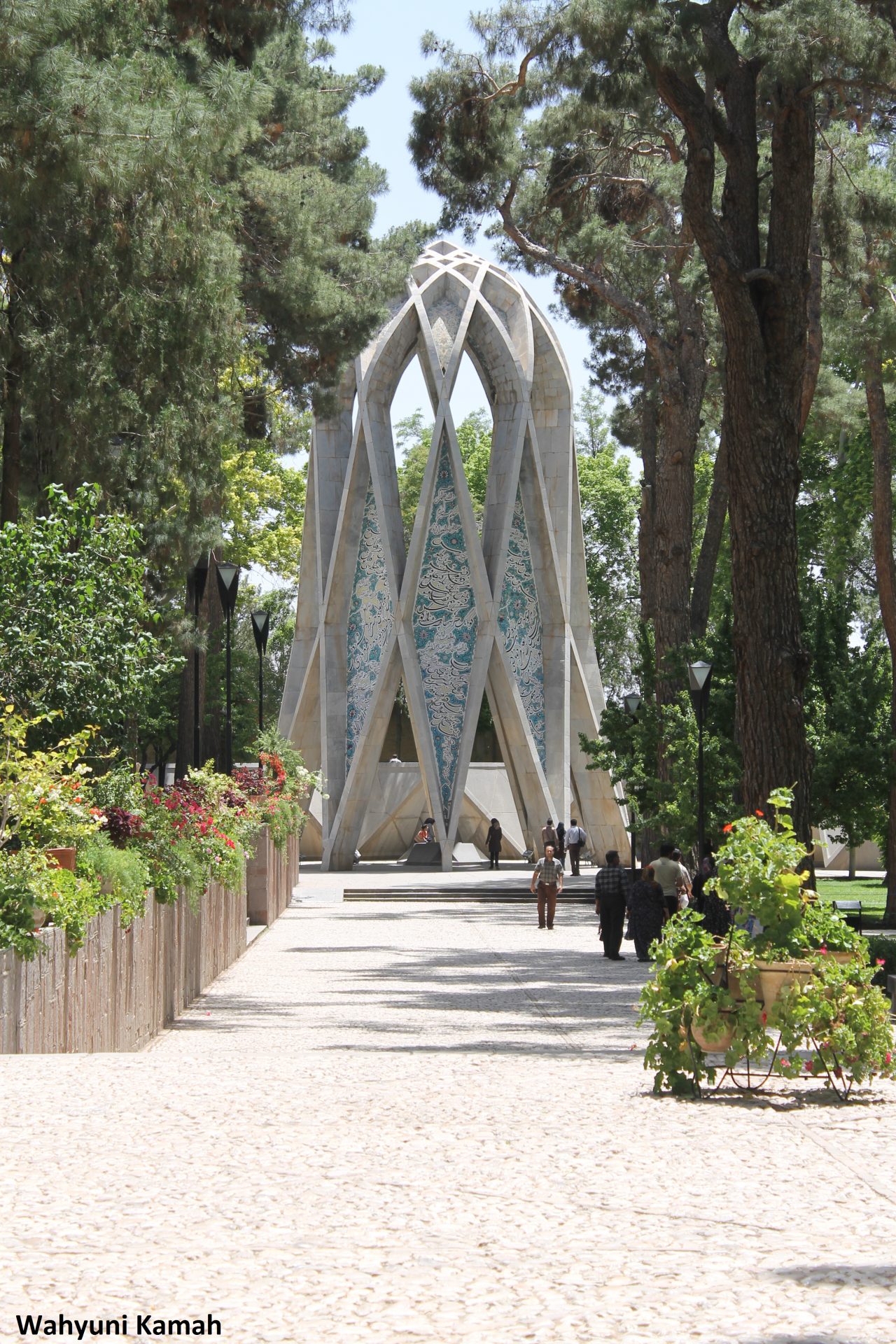 On A Quest for the three Wise Men of Neyshabur

I traveled to by car to Neyshabur, 115 kilometers west of Mashhad, the capital of Iran’s Razavi Khorasan province. On the way, I passed a mountain range. Neyshabur is famous for its fertile land and pleasant climate. It borders the high mountains of Bilanud to the north, from where the chilly morning breeze in Neyshabur blows. There’s an Arab saying  that men’s sorrow is freed by two things: morning in Neyshabur, and sleeping in Baghdad.

Neyshabur was destroyed several times from severe earthquakes and attacks by warring rulers and dynasties.

The city today, with a population of 239,185 as of 2011, is a reconstruction of the destroyed city. The iconic places that draw visitors to Neyshabur include the mausoleums of its famous figures.

I arrived at the complex of the mausoleums of Attar and Kamal Al Mulk on a bright day. To my surprise, the mausoleums are located in a large, green, beautiful garden shaded by cypress and pine trees. In the middle of the garden, a prominent monument caught my eye: a hexagonal building decorated with beautiful tiles and topped with a turquoise dome inscribed with calligraphy. This is the mausoleum of Farid Oddin Attar Neyshaburi, one of the greatest Persian Sufi poets and philosophers of the 12th century.

Another famous figure born in Neyshabur is Hakim Omar Khayyam (1047-1123), a mathematician, astronomer, and poet. I visited his mausoleum, set amid a 21,500-square-meter garden of pine, cypress, and acacia trees. Khayyam’s mausoleum is surrounded by open, geometrically designed, tall walls that may reflect his works as a mathematician and astronomer. In the neatly arranged garden lies the Omar Khayyam Museum that houses the books he wrote, some translations of his works, as well as demonstrations and models of his works on mathematics and geometry.

Khayyam studied science, philosophy and algebra in Neyshabur, Balkh and Samarkand. He discovered a geometrical method to solve cubic equations. In a book that is now lost, he wrote about Pascal’s triangle. He elaborated Euclid’s Elements, a book written by the ancient Greek mathematician, to solve linear and quadratic equations.

As an astronomer, Khayyam measured the length of a year to an outstanding degree of accuracy. Because of this work, he was employed in the royal court by Malik Shah I, the sultan of Seljuq, to reform the calendar. With other astronomers, he was also assigned to build an observatory in Esfahan.

As a poet, Khayyam wrote thousands of four-line verses, or rubaiya. The poetry community outside Persia came to know him as a great poet after his rubaiyat were translated into English. Edward FitzGerald made Khayyam famous in the West by translating and adapting his works into the “Rubaiyat of Omar Khayyam.”

And it is Neyshabur, this little-known city in Khorasan, that was once home to intellectual giants of the likes of Khayyam and Attar. Read more…