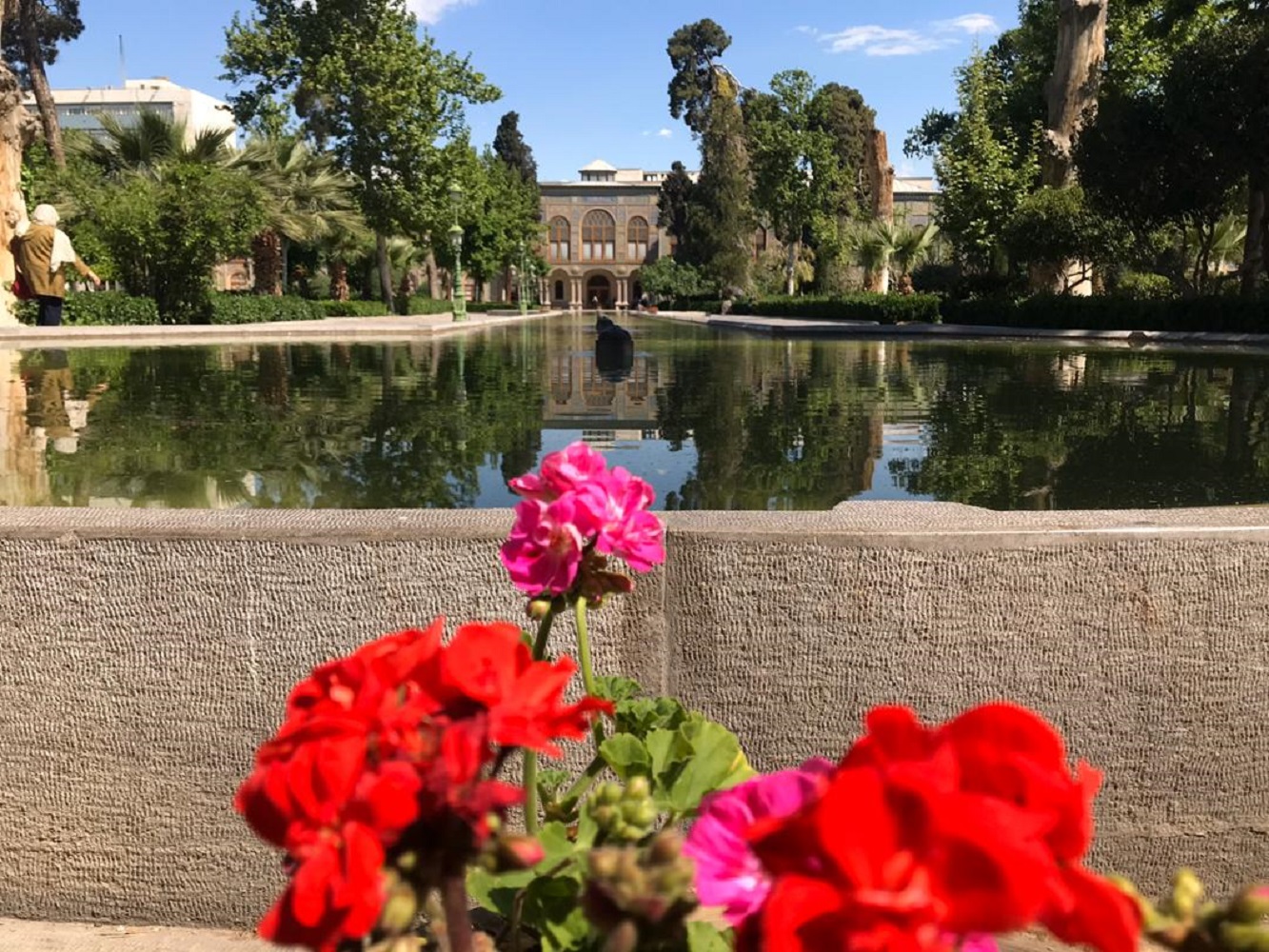 Palatial Pleasures of Every Shade in Tehran, Iran

The sky above my head was cloudless and the sun was intense, however, the high humidity reduced me to sweat. It was the end of springtime in Tehran, the capital of the Islamic Republic of Iran. And my afternoon trip to Shemiran, an area in the north of Tehran, soothed me.

Shemiran is situated on the slope of mount Alborz, where its high altitude results in milder temperatures. The buildings scattered throughout the area tells me it’s one of Tehran’s more elite neighborhoods.

“This is an expensive area where the rich people of Tehran live,” said Mr. Sadeghi, my tour guide.

I stopped by the gate of the famous Saad Abad Palace Complex. After paying the 150,000-rial entrance ticket, I felt I had escaped from the metropolitan Tehran and its 15 million inhabitants. There, I could see mount Alborz in the north, whose peak is topped with snow. The Complex is situated in the 110-hectare garden that is mostly shaded by tall green trees, which play a large part in cooling the air.

“We are going to the White Palace Museum. It is another name for Palace of the Nation,” said Mr. Sadeghi as we followed the undulating trail. More visitors entered the complex, traveling in groups of various sizes. During the holiday season of June-July, the massive historical site becomes a busy tourist attraction, popular to both domestic and foreign tourists.

“The Palace was taken over by the revolutionary forces in the late 70s,” Mr. Sadeghi explained. Three years later, however, it was handed back to the Ministry of Culture and Islamic Guide.

After exploring the White Palace, we headed northwest to the Green Palace. Walking up the road on the sunny day, I had to catch my breath. Thankfully, the path is shaded by tall trees on both sides.
The Green Palace was once the residence of Reza Shah Pahlavi, who bought the unfinished building from Alikhan. Reza Shah employed Iranian artists and architects to continue construction on the building, which concluded in 1928. The shah used the ground floor for living and working, while the basement was utilized as a storage room.

isitors are required to cover their shoes before entering, and once inside, they are unfortunately not allowed to take any photographs.

I felt a sense of the royal family as soon as I entered the extravagant hall of the Green Palace. The portals and columns are made of the best marble of Khorasan, while the meticulously crafted plasterwork creates a glimmering sensation.

“The carpet’s design in the middle is similar to the plasterwork’s design on the ceiling,” said Mr. Sadeghi, prompting the group to look up.

The decorations, such as the chandeliers, paintings, vases, candle holders and furniture were all imported from European countries.

I was truly impressed by the intricate designs decorating the interior of both palaces, both of which gave me an intimate look at Iran’s former royal families.