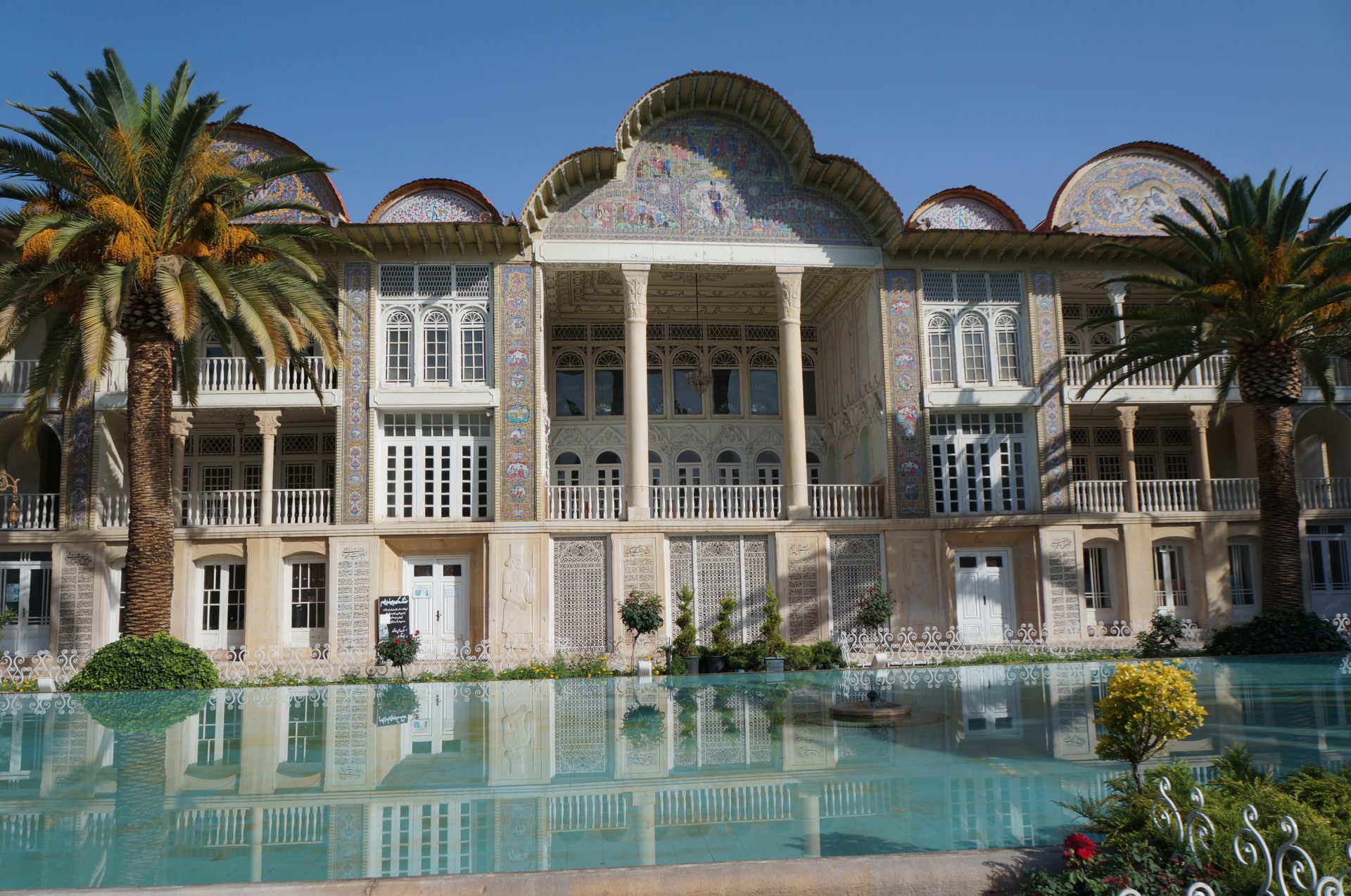 Explore The Best Gardens in Shiraz

By visiting the gardens in Shiraz, you can have a glance at the cultural history of Iran, at the same time they are a testimony of the unique nature of this civilized city.

Iranian gardens have three unique features: First, they are located in the path of water. Secondly, they are surrounded by high walls and finally, they have summer mansions and swimming pools.

European tourists, after observing these gardens, described them as “Persian garden”. which are associated with the origin of the Qanats and seems the first of them were formed at the exit of the Qanats.

Cyrus the Great was the pioneer leader in Iran who personally ordered the construction of the Pasargadae garden. Therefore, the city of Shiraz, with its suitable climate and prosperous land for gardening, is a city that has various and enchanting Persian gardens.

There were over fifty historical gardens in Shiraz, some of which have been destroyed or changed their use today; but some gardens have survived to this day and their fame is increasing.

Numerous gardens in Shiraz, are small remaining ones from the past, show the very close relationship and compatibility of Iranian culture with nature and gardening. These historical gardens are indescribable, they have witnessed many events in the past, and have a lot to say.

In the following, we try to introduce the most famous, popular, and glorious gardens of Shiraz to you.

Shiraz is the city of gardens and in most photos taken from this city, a view of Eram Garden is always present.

With its cypress and orange trees, once only nobles were allowed to put a foot in this garden, but now, for many years, its doors have been opened to citizens and tourists.

When you get inside you will see one of the most pleasant gardens of Shiraz with many tall trees and a large turquoise pond with an old spectacular mansion that will amaze you.

No wonder Eram garden along with eight other Persian gardens is one of the UNESCO World Heritage sites in Iran.

According to the documents in hand, most constructions in Eram garden are from the Qajar period (dynasty era) and the mansion in the middle of the establishment is one of the masterpieces of that time.

Breathtaking view of trees, flowers, and a massive pool, all, wrapped up in a historical cover of Persian culture. thousand-year-old cypress is another spectacular attraction of this garden.

Paintings of Ferdowsi’s Shahnameh (ancient Persian epic poet) and the battle of the Qajars, along with the tiles of the central porch, other unique examples of artistic work from Qajar period, have made this three-story building even more eye-catching. The columns of this mansion are inspired by Persepolis and the stone inscriptions in the corners of the garden are a relic of Nasir al-Molk, the architect of the building.

Jahan Nama Garden, the oldest garden in Shiraz, is a small paradise with an area of ​​2.8 hectares with 3500 square meters of green space.

Jahan Nama garden is so beautiful that Timur Gurkani (King of the time) built a garden with the same name in his hometown.

From the writings of Chardin (traveler) and Tavernier (French merchant), it can be concluded that the gardens on both sides of a street, named “Jahan Nama” and “Noo” which were rebuilt during the Zandieh and Qajar periods, are the same gardens of the Safavid period and were very prosperous at that time.

The mansion of the Jahan Nama garden is octagonal and a courtyard and marble pool has been built in the middle and four alcoves have been created in its four corners.

The four wide streets, decorated with citrus and cypress trees, lead to the octagonal mansion in the center of the garden. The big pool Inside the mansion has a fountain. The water streams that flow in these four streets usually have several small fountains.

This Persian garden has three unique design features: first of all, the garden is located in the path of water, the second is that it is surrounded by high walls and the third is that inside the garden, there is a summer mansion with a water pool.

Delgosha garden with an area of ​​7.5 hectares, located in the northeast of Shiraz and near the Saadi Tomb, has historical importance and its construction dates back to pre-Islamic times

This garden was near the ancient Fahandaj castle, which dates back to the Achaemenid and Sassanid periods. And in the Safavid era, it was one of the most significant and sophisticated gardens and can be seen in the photos of European tourists.

Delgosha garden has many orange trees that in May and you can smell orange blossom aroma in the air.

The mansion in the middle of the garden is from the Zandieh era which was built in the style of the Sassanid palaces of Bishapour and is the first Kolah Farangi (Kiosk) mansion registered in the Persian gardens.

This three-story mansion has two entrance doors on either side of the building and includes a large hall with four alcoves. There is a large porch with two columns in the middle floor facing the pool and around it are written poems by Shorideh (famous Persian poet).

Wooden ceilings with mirrors and oil paintings also add to the beauty of this mansion. In front of the mansion building, a large stone pool attracts attention, the spring of Saadi’s tomb is the source of its water.

Afif Abad garden (also known as Golshan garden) is one of the oldest gardens in Shiraz and has a splendid mansion that has retained its ancient simplicity.

The garden entrance has four simple gypsum columns that are designed similar to Persepolis columns.

This garden was built during the Safavid period and has been one of the main promenades of Persian kings ever since. Flower arrangements, trees, and a large pool are prominent features of this historic garden.

Mirza Ali Khan Qavam al-Molk bought and renovated this garden during the Qajar period and built a large two-story mansion in the middle of the garden, which is still standing in Afif Abad garden.

This mansion has been turned into two museums of military weapons on the first floor and the “Ebrat” museum on the second floor by the army.

In addition to the attractive garden and mansion in the middle, the place also has a historic bath and a spectacular traditional coffee house.

Narenjestan garden, which is also known as Ghavam garden among the people, is one of the most captivating sights of Shiraz. The name has given to the garden because of the abundance of orange (Narenj) trees.

This garden was built during the reign of Nasser al-Din Shah Qajar and by the order of Ali Mohammad Khan Ghavam and is now one of the most glamorous tourist attractions in Shiraz.

At the time, Narenjestan’s garden was a government structure, a place for political and military affairs and meeting with representatives of foreign countries.

Indeed, Narenjestan garden is not very big, but is very distinguished and has an impressive mansion.

Ghavam complex consists of two parts, the exterior (Narenjestan museum) and the interior (Zinat al-Muluk house), which are connected by a tunnel.

The total area of ​​this complex is 3500 square meters and its buildings are located on the north and south sides. These two buildings have been designed by Shiraz architects and artists using arts such as mirror work, Monabat, engraving, brickwork,  Moaragh, carving, Plasterwork, Muqarnas, etc.

Haft Tanan garden, (Seven tombs garden) or museum of historical tombstones is one of the oldest historical places in Shiraz which dates back to the centuries before the era of Zandieh (dynasty) and its mansion is one of the buildings of the period of Karim Khan Zand.

The reason for naming the garden is the existence of seven tombs of seven mystics in this garden, and a large tombstone without an inscription had been put on each grave.

This garden is located at the foot of Takht Zarabi mountain (Chehel Magham mountain) and in the north of the Hafez tomb and Jahan Nama garden.

The people of Shiraz also have a special attachment to this place and in the past, they sometimes came here to seek rain and answer prayers.

Most tourists who have traveled to Shiraz in the last few centuries have described the Haft Tanan garden and its remarkable mansion.

One of the attractions of this mansion is a hall with a ceiling based on two large integrated pillars and, there are incredibly massive paintings of different characters inside the arches, which are masterpieces of Zandieh era.

Pars Museum, which is built in the middle of Nazar garden (view) is known as the oldest museum in Fars province of Iran and has valuable artworks from many different historical periods.

Kolah Farangi mansion of this museum was built under the direct supervision of Karim Khan Zand on two floors with a gable roof height of 14.80 meters. This building is located on a platform with a height of 1.30 cm from the garden floor.

This establishment has been a place to receive foreign guests and ambassadors and to hold official ceremonies on various holidays.

The main building is an irregular octagonal mansion with four Sash windows and four entrances.

There are two ponds on either side of the building, and the garden consists of regular corridors among the trees and meadows with chairs for the convenience of visitors.

In general, the garden shows an engaging look. There are historical artifacts, monuments, etc. On the other hand, the presence of the mansion in the middle of this garden has given it an appealing effect and has created a memorable view.