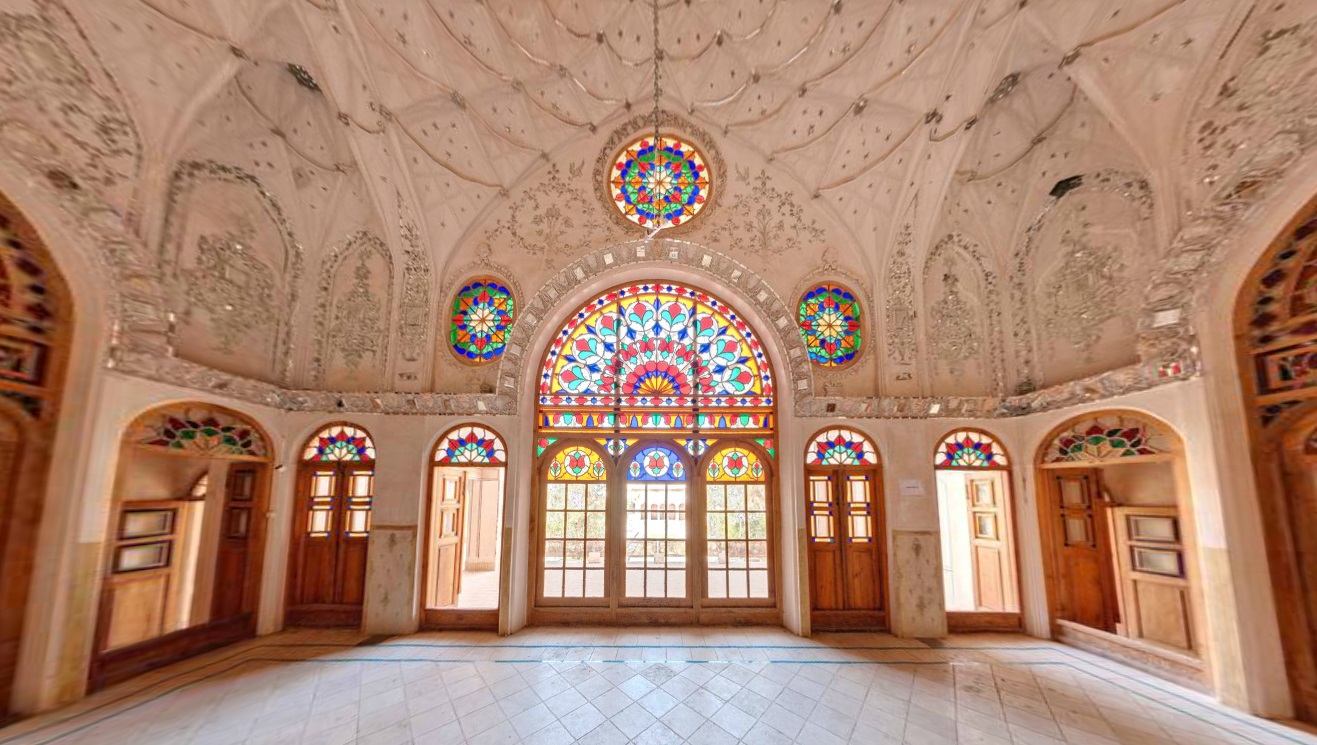 The List of Best Hotels in Kashan, A Travel Guide to Iran

Written by Kosar Mehr
Share this article
FacebookTwitterEmailGoogle+LinkedIn
Home » The List of Best Hotels in Kashan, A Travel Guide to Iran

The uniqueness of hotels in Kashan completes the pleasure of traveling to this historical city. Because these pleasant and spectacular accommodations, which are mostly old traditional buildings and mansions, are exemplary in Iran.

Kashan is one of the most historic cities in Iran in Isfahan province. The history of Kashan dates back to more than 15,000 years ago and the Paleolithic era.

The historical context of Kashan has long preserved and has many mysterious attractions. A trip to this city is an adventurous journey in the pages of human history.

Kashan is the destination of many people in different seasons of the year. So Each of Them visits this city with a specific purpose. They may become guests of its Golabgiri (making rosewater) season or at any other time of the year. Anyway the beauty of its thatched buildings is astonishing. In either way, finding comfortable accommodation can fulfill the memory of travelers:

Here we take a look at some of the most prominent hotels in Kashan:

Most people who travel to traditional cities like Kashan want to stay in hotels that are historic and take them back in time.

Saraye Ameriha (House of Ameri family) is a five-star residence in the traditional context of Kashan. And although it is one of the historical houses of this city and belongs to the Zandieh period (dynasty era), with major renovations, it now has modern equipment following nowadays standards.

Cellar, royal porch, mirror house, HaftDari, entrance porch, summer and winter porch, traditional pool, and two windcatchers are just some of the sights of one of the best hotels in Kashan.

Saraye Ameriha is on the list of the top 25 hotels in the Middle East. Subsequently This place is consists of several connected houses. And it takes many hours for the visitor to see the different parts.

Spa, restaurant, heating and cooling systems, internet, a special room for the disabled are other facilities of this hotel. In addition the rooms of this place are divided into royal residences, aristocratic and two-person accommodations.

This traditional house is 250 years old and is among the most popular hotels in Kashan. Also Morshedi House boutique hotel, like Saraye Ameriha, has been renovated in recent years, becoming a well-known 4-star hotel.

The rooms of the traditional Morshedi House are decorated with authentic handmade carpets. An aspect which is considered one of the attractions of this house.

In addition to rooms with traditional bathrooms, the historic Morshedi House has suites with private kitchens. It make it easy for travelers to prepare meals. Other advantages of Morshedi House include holding special desert tours and touring the city of Kashan.

Also, there is a carpet workshop in this hotel. A place where carpet hangers are set up and visitors can watch the colorful and exquisite carpets being woven up close.

The Mahinestan Raheb hotel (known as Shah Yalani house) is a relic of the Qajar time (dynasty era). Therefore now they consider this place as one of the traditional residences of Kashan. Furthermore this hotel consists of three inner, outer, and crew courtyards. A woman named Mahin bought the house and started rebuilding it, which is why they call it Mahinestan.

New owners started restoration of  Mahinestan Raheb in 2010 and completed it in 2014. So this residence located in the center of the old neighborhood of Darb Bagh, Kashan. Later on ministry of cultural heritage, handicrafts, and tourism of Iran has been selected it as the most luxurious historical residence.

One of the attractions of staying here is living in a traditional place with completely modern facilities. Especially a traditional restaurant in Kashan serving Persian cuisine with a capacity of 50 people. Also the place have elevator, green space, meeting hall, laundry, coffee shop, cafe, ‌ shops, internet, and taxi service.

Plus the location of the hotel is very convenient and close to most of the historical monuments of Kashan, including the Tabatabaei house, the Borujerdi house, Fin garden, and Kashan bazaar.

Read more: Best Kashan Souvenirs and Handicrafts You Can Find

Manouchehri house, 400 years old, is one of the unique treasures of traditional Iranian architecture in the historical city of Kashan. Subsequently this house, after three years of renovation, has now become one of the best traditional 3-star residences in Kashan.

Each of the hotel’s accommodation units has special decorative features. Also each one is located on three sides in the inner courtyard overlooking the fountain and the lush gardens of the fruit trees. Definitely one of the unique aspects of this hotel is the dining room with an amazing traditional space charmed with sash windows.

They changed the old reservoir into a modern film house and a traditional weaving workshop is in the open-air cellar. Also facilities at the hotel include an outdoor restaurant, a green area, wireless Internet access, a traditional restaurant, and a taxi service.

The Iranian house is one of the oldest buildings in Kashan in an old neighborhood, which is 250 years old. After 7 years of renovation, reconstruction, and strengthening, this house, while preserving its original architecture, has become a traditional 3-star residence with up-to-date amenities following international standards.

Undoubtedly, the special features of this house include SeDary and PanjDary rooms, mirrors hall, stained glasses, mirror work, and plastering, and paintings. Features turning the place into a gorgeous museum. furthermore, staying in this house can be interesting and memorable for everyone.

Pub, cafeteria, reception hall, swimming pool, Khalvat Sara, Nahan Khane, restaurant, and taxi service are some of the facilities of this hotel.

Amirkabir one of hotels in Kashan is the largest accommodation complex for travelers in this historic city. They started construction of this hotel in 1977 and put it into operation in 1981. In 1987, developers renovated Amirkabir hotel and with better services and a more attractive environment, it was ready to receive guests.

This 3-stars hotel is the closest accommodation to “ Fin garden” and consists of 100 residential rooms with modern amenities.

One of the advantages of the Amirkabir hotel is the quality and variety of food. The hotel’s restaurants are as varied as the food. so a traditional dining hall, an open-air eatery, and an in-house restaurant are among the eating places of this establishment that offer a variety of cuisines to customers.

If you want to stay in an intimate traditional house, we suggest the Saraye Amir hotel. It has not been long since the reconstruction of this traditional residence and since 2018 place is hosting travelers in Kashan.

Traditional Korsi (tables with an electric heater under it) is the way of getting warm in winter in this hotel as a reminder of the past. This residence is a monumental house of the Qajar period. And they built it 150 years ago.

To preserve the traditions, the lodge managers also rent rooms without a TV and refrigerator to guests, and there is only one public refrigerator in the hotel. Saraye Amir hotel has 8 rooms and the rooms on the lower floor do not have any bathroom.

Noghli house, one of budget 2-star hotels located in the center of the city, in the old part of Kashan, in a relaxing and inviting atmosphere.

This house is more than 150 years old and belongs to the Qajar era as well. They registered The Noghli (tiny) house, as its name suggests, as the smallest historical house in Iran, in the list of national monuments.

The accommodation units of this hotel are very simple and give the feeling of being at home to travelers. The courtyard of this hotel is also very relaxing.

Finally, the hotel restaurant serves homemade and local dishes in crockery to guests. By staying in this hotel, you can feel living as if you traveled to the past.

Ehsan guest house is one of the historical hotels of Kashan located in the old neighborhood of Darb Bagh.

The decoration and arrangement of traditional residential units are following the historical context of the building and the neighborhood of Darb Bagh.

This hotel is located in front of Agha Bozorg mosque. And from there you can easily access the bazaar and other tourist attractions of Kashan.

Facilities at the hotel include a museum and gallery in memory of Manouchehr Sheibani. Also a film and theater hall, a pottery workshop, a specialized library for culture, art, and tourism, a make-up room. Plus a possibility of cycling, and a restaurant serving local foods is there as well.

In Particular, Kamal al Molk house is nearly 185 years old, a relic treasure from the Qajar period. furthermore this traditional house has now become a motel for tourists in the historic city of Kashan after 2 years of renovations.

Also, Kamal al Molk residential complex consists of 10 accommodation units. And consist of the two parts of the central courtyard and the pool courtyard with suitable amenities.

Traditional pavilions, wireless internet, free breakfast, and sightseeing tours in the city of Kashan are some of the features of hotel. 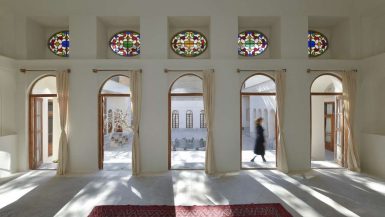 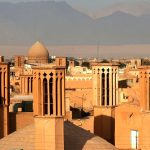 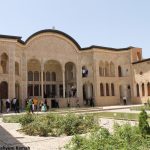 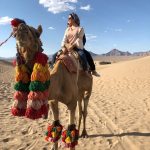