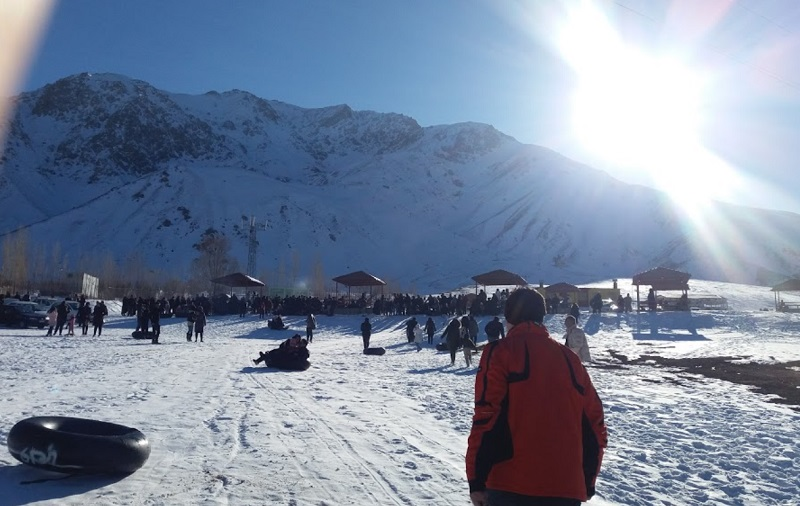 Ski resorts in Iran, one of the rare four seasons countries in the world, are among the most popular tourist attractions.

Indeed, Iran is a vast land and every corner of it has different climatic conditions. While some areas are desert and dry, others are covered by forests, or near the beach and humid, some others are mountainous.

The two high mountain ranges of Alborz and Zagros and their high peaks are covered with snow almost throughout the year. Thus, this has created excellent conditions for those who are interested in the exciting sport of skiing.

Therefore, every year, Iran’s ski resorts host a large number of ski enthusiasts who come here from different cities for fun and excitement. In this article we are about to introduce some of the best ski resorts in Iran:

Truly, Dizin can be considered the most important ski resort in Iran and the Middle East. This ski resort is located in the city of Karaj, in Alborz province.

Indeed, among the Iranian ski resorts, Dizin was the first one that managed to host international competitions.

This resort has 23 ski slopes. And modern structures such as a gondola lift, chairlift, ski lift, and grass slopes are installed in it.

Besides, in Dizin, there is a 7.5 km ski slope that varies from an altitude of 3,600 meters to 2,650 meters. Dizin is open from early December to late May, giving skiers the most time to enjoy this thrilling sport.

Also, in summer, the Dizin ski resort is very cool and pleasant, and it is possible to ski on the grass. Other activities of this complex in summer are mountain biking, archery, kite riding, and enjoying its wonderful nature. But unimaginably, trying the white slopes in winter is something out of this world.

Shemshak is the second largest ski resort in Iran after Dizin. This ski piste is located 57 km northeast of Tehran, the capital of Iran, and is considered as part of Shemiran city. The height of slopes here varies from 3050 meters to 2550 meters.

Also, Shemshak ski resort is one of the international ski-runs with local fans and visitors from all over the world. This place has a variety of professional and recreational facilities such as a chairlift, ski lift, and a special path lit by floodlights. So, the yellow floodlights in this path have made it possible to ski after dark.

Other amenities of this establishment include two hotels and four restaurants. This piste is usually usable in early December and has snow until mid-April.

Tochal is the closest and busiest resort in Tehran, which is located on Velenjak Street, one of the richest streets in the capital.

This spacious resort has three gondola lifts, three chairlifts, and a ski lift. The cable car lines in total are 7500 meters, a very long ride which competes with the longest cable cars in the world.

The resort area has three different tracks. The first track starts from an altitude of 3850 meters and continues to the hotel which is located at an altitude of 3550 meters. In fact, the length of the track is 1200 meters.

Of course, to reach all the tracks of the resort complex, you can use the cable car. This piste is one of the earliest ski slopes in Iran that covers with snow and can be used from mid-autumn. The other tracks are one on the western slope with a length of 900 meters and the other is a newly built track from station seven to station five with a length of 5500, which does not have enough facilities yet.

Abali Ski Piste is the oldest in Iran. As one of the well-known ski resorts of the country, it is located near the city of Abali, on Haraz road, 75 km away from Tehran. In summary, Abali piste has 5 ski slopes, all of which are equipped with ski cable transport means such as gondola lift and ski lift.

In addition, the complex has facilities such as tennis courts, horse riding, kite jumping, hotel, restaurant, and medical assistance.

Pooladkaf ski resort (also called Sepidan) is located in Fars province, 5 km from Sepidan city (near Shiraz). This complex has become the second-largest international ski resort in Iran. And it is located 85 km away from Shiraz at an altitude of 2850 meters above sea level.

In fact, it’s recreational and sports measure include elevators, cable cars, ski lifts, mountain cars, snow scooters, and snowmobiles. As one of the four seasons ski resorts in Iran, Pooladkaf piste has a family atmosphere.

Khoshaku resort is located 30 km west of Urmia in the Rajan district. A place in the steep mountains of Urmia, equipped with proper facilities and cable transport means. Also, has suitable vegetation and can be used as a snow ski slope in winter and a grass ski area in different seasons.

Besides, this natural landscape is also one of the beautiful mountain climbing destinations. Therefore, while having an eye-catching view, a variety of winter sports such as skiing and tube riding are common here.

Kakan ski resort is located 18 km from Yasuj city. This complex is also known as the Dena ski resort, due to its proximity to the famous Dena mountain. This piste is 1500 meters long and 600 meters wide; As a result, it is one of the largest ski slopes in Iran. This resort in the south of Iran is equipped with platter lifts and has facilities such as a dormitory and restaurant. Besides, experienced instructors are here to teach skiing.

This ski piste is usually active from the beginning of January to the end of March and the snow depth here reaches up even to 3.5 meters.

Nesar Ski resort in Bijar, is one of the 5 most important promenades in the Kurdistan Province. Another one of the fun and well-equipped Iranian ski resorts that you can think of for a winter trip.

This winter leisure is located on the slopes of Mount Nesar in Bijar city. The place is equipped with a gondola lift, chairlift, grass slopes, and has public parking, hotel, and restaurant. In addition, low entry prices and training courses are other aspects of this resort.

One of the coolest Ski resorts in northwestern Iran, located near Tabriz, is the Sahand ski piste. A half an hour distance to the city of Tabriz is one of the positive aspects of these ski slopes. It also has advantages and transportation means such as 12 lifts, a villa hotel, and sports stations along the way. Wonderfully, you can ski at Sahand ski resort for 6 months of the year. Although the depth of snow here sometimes reaches 4 meters, its location is not avalanche-prone.

Snow skiing is one of the most fascinating winter pastimes. Payam ski resort is located outside the city of Tabriz in the East Azarbaijan province of Iran. This snow piste is one of the oldest ski resorts in Iran and is open only three days a week.

Besides, In this ski resort, you can rent ski equipment, use a chairlift, and experience the pleasure of skiing both as an amateur or in a separate professional set.

In addition to special equipment and facilities for snow skiing, this piste is also equipped with a buffet and parking and provides facilities for guests to relax.

Finally, this ski resort is located outside of Tabriz city, 20 km towards Marand, in a fabulous stepped village called Yam, at the foot of the mountain.

See also: The 7 Most Beautiful Natural Features in Tehran