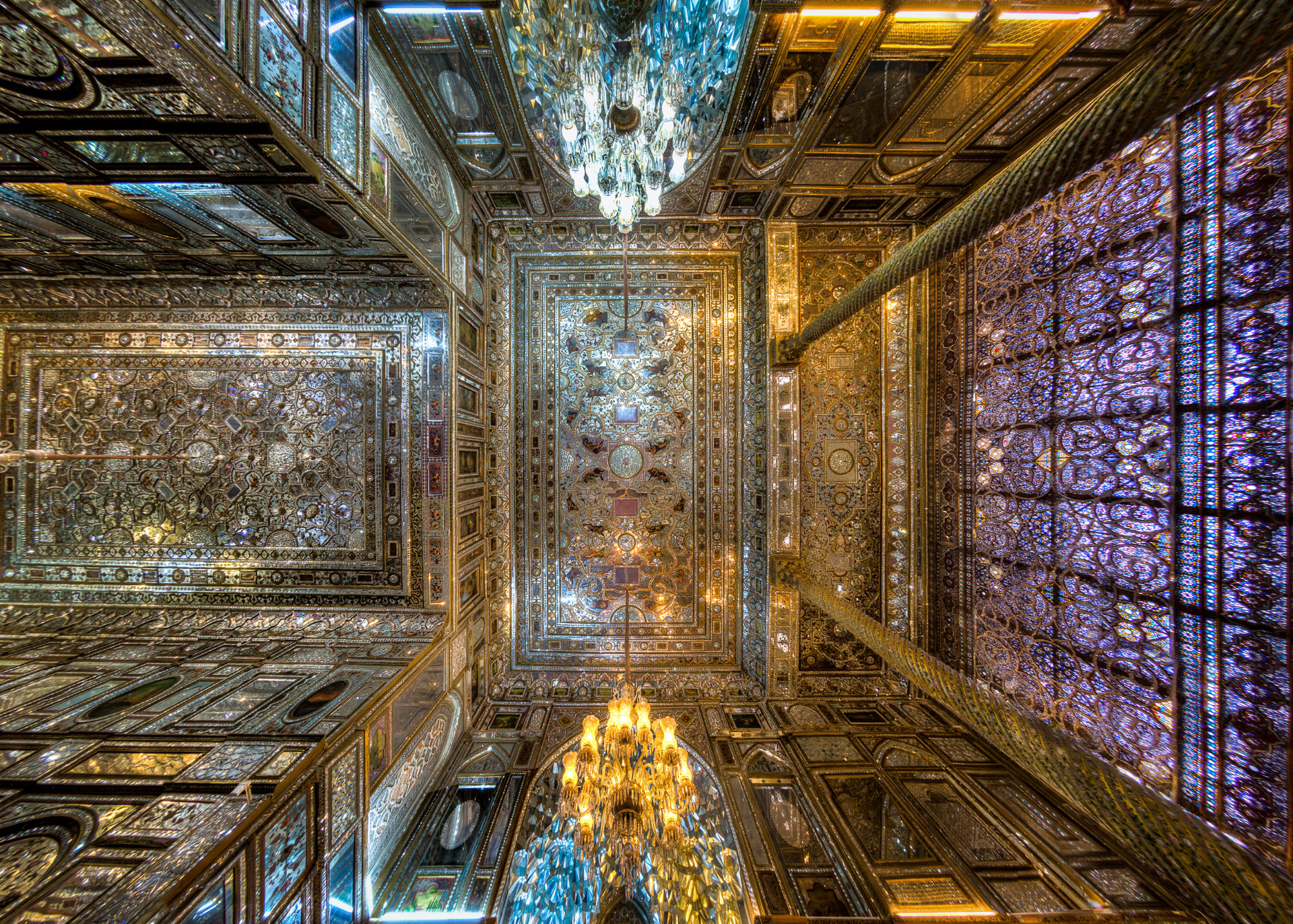 Greatest Museum Gardens in Tehran You Want to Visit

Tehran is the bustling capital of Iran, a city full of excitement and attractions, and the museum gardens in this city also have a special charm.

These lush and wooded gardens, while providing a space for breathing and relaxation and showing off nature in the heart of Tehran, also have historic buildings and majestic mansions with special views that are reminiscent of the not-so-distant past of Iran like the Qajar period (dynasty era) and are passages through time. The museum gardens, each of which has plenty to say in case of history and there are gates to the ups and downs of Iran’s chronicle.

You should know in Tehran, the museum tour is mostly dedicated to the holidays and at other times of the year most of the museums in Tehran are empty of visitors, but the garden museums of Tehran are always crowded due to the pleasant climate and greenery and having cafes and restaurants in their surroundings.

However Tehran has long covered its lush Qajar and summery face with layers of concrete, smoke, cement, and dust, now the only way for us to access the past and its events are through these special museums, which we are going to introduced in this article:

Golestan Palace with an area of ​​4.5 hectares in Arg Square of Tehran has existed since the time of the Safavid dynasty. Later on, Karim Khan king built a  justice building in it and turned Golestan palace into the center of his government in Tehran.

But the main prosperity of this mansion dates back to the time of Agha Mohammad Khan Qajar, who with the establishment of the Qajar dynasty turned this garden into a royal citadel, which now has become one of the most significant museum gardens in Tehran.

During the reign of Nasser al-Din Shah, fundamental changes were made in the garden and its area was reduced. After that, the first and second Pahlavis were crowned here. The museums of Golestan palace are remarkable and the Shams Ol-Emareh mansion, a Qajar masterpiece, in this garden is the first multi-story building built in Tehran.

Sa’adabad complex in the north of Tehran and the foothills of Alborz mountains, with an area of ​​one million and 100 thousand square meters, most of which is green space, is one of the gorgeous structures of the Qajar and Pahlavi period in Iran.

Sa’adabad museum palace is a spectacular mansion not only in the eyes of locals but also for tourists from all over the world and it is one of the important tourist attractions in Tehran.

Sa’adabad palace was originally the summer house of the Qajar kings, but in 1920, with the increase of pavilions and green space, it became the summer residence of Reza Shah Pahlavi. Later, other palaces were built which have now been turned into museums. Sa’adabad complex has 18 large and small museum palaces, once belonged to members of the royal family.

This establishment which has seen four historical periods of Qajar, Pahlavi I, and Pahlavi II and the Iranian revolution, is located in one of the most pleasant climate areas of Tehran. The lush, tall trees, and streams of water that run through the palace create a completely different atmosphere. Among the museums in this collection, do not miss the green palace, the Mellat museum, and the arts of nations museum.

Niavaran palace complex, with an area of ​​11 hectares, which is located in the north of Tehran, was originally the summer palace of Fath Ali Shah Qajar. Later, Nasser al-Din Shah built the Sahebqaraniyeh palace in this complex. Also during the Pahlavi era, a mansion was built to house the family of the king. The garden of Niavaran palace is in fact one of the most extraordinary museum gardens in Tehran.

Most of the mansions in this complex were turned into museums in 1986, and for the first time, its doors were opened to the public and tourists, and ever since the place became more and more popular.

Even if you do not want to visit any museums in this complex, walking in its garden is relaxing, however, we recommend you to visit the exceptional historical palaces as well.

Most parts of Niavaran palace, where cultural programs and musical performances are held nowadays, were built during the reign of Mohammad Reza Shah Pahlavi.

The history of the Negarestan museum garden goes back to the time of Fath Ali Shah Qajar. The large mansion of this garden is known as the Negarestan garden (means house of illustrations) because of its eye-catching paintings and drawings of the Qajar courtiers.

Negarestan museum garden has seen many historical events, the most important of which is the assassination of Ghaem Magham Farahani.

During the reign of Nasser al-Din Shah, part of the garden space was dedicated to educational purposes, and Malik al-Sho’arai Bahar, Ali Akbar Dehkhoda, and Dr. Mahmoud Hesabi (famous poet, writer, and scientist in Iran) were among the graduates of this educational center.

There are several museums in this garden that if you do not have time to see them all, we suggest you at least visit the museum of miniature sculptures donated by Persian master Jahangir Arjmand.

Ferdows garden, which was built by the order of Mohammad Shah Qajar, with an area of ​​20,000 square meters, has a 3-story mansion in the north of Tehran in the Shemiran neighborhood and near Tajrish Square.

This place, which was once the residence of nobles, has now become one of the important museum gardens in Tehran.

In 2002, the cinema museum of Iran was moved to the mansion, which is still active today. In addition to three cinemas, a bookstore, a cultural and artistic grocery store and several coffee shops are also active in this complex.

The bright shade of the trees and the sound of water that can be heard from the waterways of this garden has made Ferdows garden one of the most popular places in Tehran. You can also visit the back alleys with lovely houses.

Persian garden in the old part of Vanak Village neighborhood has an area of ​​3-4 hectares and is designed and built according to the Persian garden architecture pattern.

Numerous ponds, geometric styles of trees, as well as a large pond and fountain, mansion, or pavilion in the middle of the garden and observance of symmetries in the design, has made this impressive museum garden of Tehran into a special destination for nature lovers in the capital.

In the unique green space of this place, old trees have been preserved and new trees such as Myrtle, Privet, barberry, Cotoneaster, rose, dog-rose, etc have been added too.

The Persian garden also has a stunning old mansion, and in addition to the cultural and artistic sections, it also has a children’s playground, a sports field, a restaurant, and a tea-house and prayer hall.

Time museum is one of the less famed garden museums in Tehran, which usually do not have many visitors, however, the amazing and exceptional aspects of this garden should not be overlooked.

In this museum, everything related to time, from written documents and materials to all kinds of clocks are displayed.

On the two floors of the museum, there are clocks from different historical periods. Wall clocks, hourglasses, mechanical clocks, and desktop clocks are very attractive that you will not get tired of seeing. On the grounds of this museum, Ribar café & restaurant is very popular.

The history of this garden dates back to the time of Qajar kings such as Nasser al-Din Shah and Mohammad Shah Qajar.

Precious expensive clockes are not the only attractions of this museum, and the architecture and distinctive plastering of the building should not be neglect. In the courtyard, sundials, hourglasses, water clocks, and fuel clocks from different historical periods are displayed.

Read more: Top Historical Mosques in Isfahan That Amaze You!

Another museum garden of Tehran is the Moghaddam museum, which is located not in the north of Tehran, but the south of the capital and used to be the residence of Mohsen Moghadam and his French wife.

The artwork, antiques, and valuable monuments that can be seen everywhere in this house collected by Mohsen Moghadam, an art collector, and history lover, have made it unusual and unique.

A collection including Zandieh plastering from Isfahan, fireplace from Firoozeh palace, belonging to Firoozeh Khanum, the oyster room, the Qajar porch, and the inner and outer courtyard, and a part of the courtyard that is said to have been inspired by the Alhambra palace in Spain, have made a visit to the Moghaddam museum garden very intriguing.

Iranian art museum garden, which is relatively small compared to other museum gardens in Tehran, is located in an area of ​​less than one hectare in the Elahiyeh residential district of ​​Tehran and its history dates back to the first Pahlavi era.

There is a very glamorous mansion in the garden, which is now being used for exhibition and educational space. Twelve replicas of the most famous historical monuments of Iran, made by Italian artists are placed in this garden. Also, the voluminous artworks of famous Iranian artists are permanently displayed in this place.

Iranian art museum garden in addition to the museum and art gallery has a cultural and artistic shop and a cafe, which makes it one of the most luxurious gardens in Tehran.

This complex has an area of 4,000 square meters and was built in 1916 by the order of Massoud Mirza, called Zol-e-Sultan, son of Nasser al-Din Shah.

Plastering, tiling, calligraphy, murals, and various decorations have been used in a very artistic way to highlight the already distinctive construction of this classic mansion.

This complex was registered in the list of national monuments of Iran in 1997.

Iran wildlife and nature museum in Tehran, also known as the “Dar Abad museum”, displays animal species of Iran land, a museum garden that visits the natural history and tries to introduce you to its wildlife and wonders.

In the Dar Abad museum, 5 orders of mammals in 13 families of different animals with more than 26 species of creatures exhibited, plus, 165 species of birds out of a total of about 517 species of birds identified in Iran are displayed in this museum halls. One of the remarkable and rare examples that have been added to the museum collection is the extinct Persian tiger skin.

Tehran birds garden, situated in Lavizan forest park, is the most complete bird garden in Iran and one of the largest bird gardens in the middle east, where you can watch an amazing collection of 3,000 different birds from around the world.

Famous birds such as peacocks, ostriches, parrots, eagles, hawks, swans, etc, which you have seen only in wildlife documentaries, can be seen here. One of the features of this park is the lack of a fence between tourists and birds in the water habitats, and here you can watch the birds flying in the open air and enjoy their presence in nature.

The national botanical garden of Iran with an area of 145 hectares stands on the southern slope of the Alborz mountain range in Chitgar forest park, northwest of Tehran, and as one of the largest botanical gardens in the world, has a semi-arid climate with an average annual rainfall of about 240 mm.

The purpose of this garden is to create a collection of native and non-native plants in the open air or greenhouses. The botanical garden plays an essential role in plant science and horticultural research, public education, and acquainting people with the necessity and diversity of plants and the need to protect them.

A fantastic garden with different parts built specifically based on the enchanting nature of the world such as the Himalayas, the Chinese bridge, the Caspian Sea, etc.