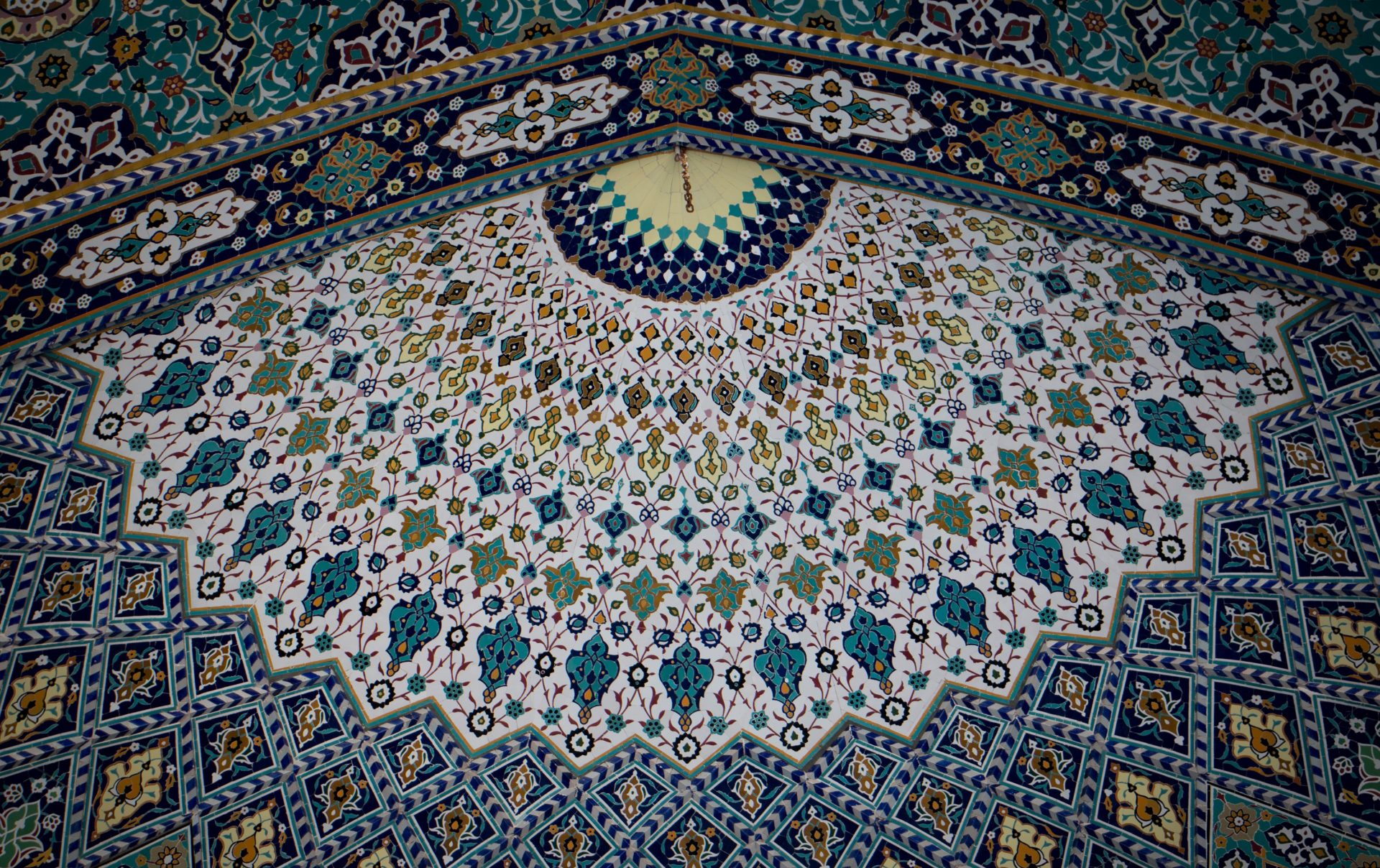 Mosques in Yazd are magnificent structures reminiscent of the very rich history of this land. So, when you are around the city of Yazd, in every corner, a building with brick and old architecture will amaze your eyes. Then, if you ask about the background of the structure, in most cases you will be told that this is an old mosque. There are so many historical mosques in Yazd that talking about them in a short article isn’t possible.

Of course, palaces, fire temples, and water reservoirs may be monuments of a much older historical period. On the other hand, mosques dating back a hundred or more are also important pieces of history. Places that sometimes are located in the back alleys of Yazd. And they are inseparable components of religion for the people of this land.

Here we want to introduce you to the most famous of these beautiful and magnificent historical-religious masterpieces.

Jameh Mosque of Yazd, a glorious heritage of history, art, and Islamic architecture treasure that shines in the heart of Yazd province.

The founder of the main building is considered to be Garshasb Al-Buwayh (dynasty era), but the current mosque belongs to Al-Muzaffar and Teymourian (reigns).

Notably, minarets with 48 meters high, beautiful and artistic tiles and plasterwork, a significant dome-chamber, and a large winter nave are the main features of this historical monument. Also, galleries, earrings, and sharped arches are showing the elegance of Persian architecture in the design and execution.

On one hand, the entrance, standing very tall, shows the stability against the general pressure of the celestial minarets on itself. On the other hand, the lighting of the dome is provided gently despite the plaster ledges against the mesh openings.

The existence of two exquisite inscriptions, one in “Kufic” and the other in Thuluth (Islamic calligraphies) in azure mosaic tiles along with tiled decorations and the inner walls of the nave is another artistic advantage of this mosque.

Besides, next to this mosque, there is a library that contains exquisite treasures of Qurans and manuscripts.

See also: Top Historical Mosques in Isfahan That Amaze You!

One of the other fantastic mosques in Yazd is located in Amir Chakhmaq Complex. Indeed, Amir Chakhmaq mosque (also known as the new Jameh mosque) stood in the heart of the historical complex. Amir Jalaluddin Chakhmaq, one of the commanders of Shahrokh Teymouri, the ruler of Yazd, built the square, other structures, and the mosque in collaboration with his wife Fatemeh Khatoon.

So, at the entrance of the mosque where it opens to the square, a stone has been installed. They have written the text of the endowment letter on that in Naskh (another type of Islamic calligraphy).

Besides, the presence of delicate grids of mosaic tiles in the windows on both sides, the north corridor, and part of the header on the porch has created a special beauty.

The artists decorated the area around the dome with Kufic inscriptions. Also, the altar of the main porch has mosaic tile decorations, Mogharnas arch. In the middle of it, they have installed well-cut marble.

Mullah Ismail, another famed historical mosque in Yazd province, with special Islamic architecture, is the place for Friday prayers in the city.

In fact, Mullah Ismail mosque is located in Khan Bazaar and south of Khan square. This mosque is from the Qajar period (dynasty era). And Mullah Ismail Aghdaei, one of the famous scholars, in 1843 ordered building this spectacular religious place.

Furthermore, the mosque includes a courtyard, a porch, a dome, an entrance, and several naves. While the general facade of this mosque is brick and simple, however, the skillful Mogharnas’ works in its construction distinguish this mosque from other mosques with simple architecture. Therefore, these Mogharnas have turned this portal into one of the most amazing attractions of Yazd.

Also, when visiting this mosque, do not forget the western nave. This nave has 32 columns, which has given special beauty to its vast area. Here, six inscriptions including governmental and court decrees of the Qajar period are kept in this mosque. Indeed, old inscriptions are also interesting to watch.

Bafruiyeh Jameh mosque (also called Haji Malek) is located in Bafruiyeh, a new city in Meybod county of Yazd province of Iran. Notably, this mosque has a summer house with a dome and a high porch. Also, it has two floors in front.

Besides, the courtyard of the mosque has several pavilions on both sides and two entrances on the north and west sides. So they built the mosque hothouse on the east side of the summer house with a slight difference in leveling.

Interestingly, the mosque building is made of clay and mud, and only in the eastern part of the roof, they used bricks in construction.

Indeed, the only tiling work of the mosque is the mosaic inscription above the door and the western entrance.

On the Qibla (the direction of prayer for Muslims) side of the dome, there is a space used both as an altar and a windcatcher that cools the air under the dome. Also, on the north side of the mosque, you can see the decoration of ceramic tiles and the construction of a minaret, which has been done in recent times.

The location of the mosque’s Muezzin (the person to recite the call to prayer), as well as the steps that make it possible to access the mosque from the Hosseiniyah (Shia Muslim place for ceremonies), are among the features of this mosque. Also, the brickwork and captivating plastering of the entrance are among its decorations.

Experts consider Jameh mosque of Ardakan as of the historical mosques of Yazd province. And this charming piece of art is located in the old part of Ardakan city and next to its bazaar. This building, which belongs to the tenth century AH, lacks tiling and plastering decorations. However, even without striking embellishments, the place is still very admiring. And the earthy appearance of the mosque and the surrounding buildings has made it seem even more historic.

Wooden entrance door of the mosque is decorated. On the nose on the left side of the door, eight pieces of metal are carved with the words “Allah” and, “Muhammad” with Kufic calligraphy. In addition to that, there is a zilou  (handmade floor covering) with a historical value, belonging to the year 1038 AH.

This mosque is located in the northwest of Ardakan county. According to the evidence in the building, its date can be considered related to the seventh century AH. And actually, it is a very old structure.

The building of the mosque includes the space under the dome with dimensions of 4 × 4 meters, a small porch, and two vestibule-like spaces instead of a nave. You can see a space such as a hothouse behind the courtyard and on the north side of the mosque.

Remains around the mosque show that other constructions used to be joined to the mosque in the past, which have been destroyed over time due to moisture from nearby agricultural lands.